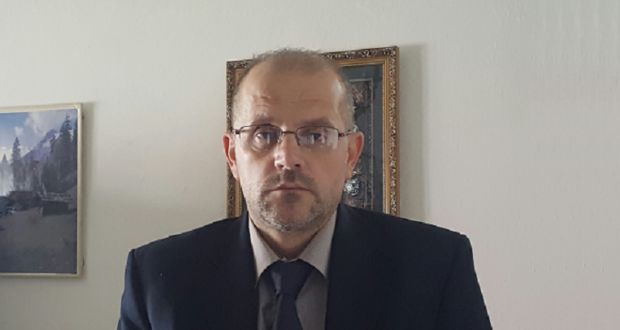 The historical sources for the Balkans in the XX century tell us that the business sector faced political challenges.

Companies in the Balkans have been helped by Western companies. This technological progress in many sectors as Air industry, Food industry, Machine Industry, Car Industry, Railway industry, which will give benefit in future.

In this timeline of business companies in the Balkans during the XX century, I will try to show evolving of business related to innovations in the universities and private sectors.

(The year 1927) Air Serbia(Aeroput). its main hub is Belgrade Nikola Tesla Airport. Aeroput became the flag carrier of the Slovenian-Serbo-Croatian Kingdom by connections to different regions as Belgrade–Zagreb–Graz–Vienna in 1929. During the 1930s, it expanded by opening new routes to other destinations in Austria, Czechoslovakia, Hungary, Romania, Bulgaria, Greece, Turkey, Albania, and Italy. Its fleet consisted of Aeroput MMS-3, Breguet, Caudron Goéland, De Havilland, Dragon Rapide, Farman, Spartan Cruiser II, and one was built by domestic Zmaj aircraft factory. After WWII, the company was nationalized and rebranded as JAT Jugoslovenski Aerotransport  In 1963 its fleet consisted of Western-built aircraft as McDonnell Douglas, Boeing, and later Airbus. According to IATA in 1988, JAT was ranked the 10th largest airline in Europe by flying to 76 destinations in 39 countries. On 1 August 2013, Jat Airways and Etihad Airways entered into a strategic partnership agreement. Jat Airways was then reorganized and renamed Air Serbia in October 2013. On 23 June 2016, Air Serbia began operating non-stop flights between Belgrade and New York using an Airbus A330-200 leased from Etihad partner, Jet Airways. Air Serbia implemented an extensive restructuring plan in mid-2017 that saw changes at all levels of the company to improve its performance.

(The year 1927) Industrija Motora Rakovica was a tractor manufacturer based in Rakovica, Serbia. The engines are based on Perkins models and others on Landini and Massey Ferguson models. In 2009, IMR formed a partnership or joint venture with IMT tractors. In 2011, IMR began sending CKD tractors to Ethiopia, in Egypt as EAMCO tractors. Rakovica model 4×4 option, with popular models as the 65,60,65,76. Superseries (47,65,76),120/135, limited production 65 12 BS and 75 12 BS tractors. Other models of tractors include Rakovica 50 DV (Goldoni tractor), Rakovica Transporter (Goldoni vehicle), and Rakovica R110 Turbo. IMR shut down in 2015 along with IMT.

(The year 1927) Ankara Radio, a nationwide radio network broadcasting with the first broadcast on November 1927, by a 5 kW longwave transmitter over 1554 meters.

(The year 1928) ‘Birra Korça’ is a brewing company, founded in Korçë, Albania, in 1928. The company is a subsidiary of the IHB group since 2004. It is the third-largest beer producer in Albania. http://birrakorca.com.al/

(The year 1928) Proletarul (‘Proletarian’) was a newspaper published in Romania between July 29, 1928, to May 1, 1935. It was the central organ of the Socialist Workers Party of Romania, later merged into the United Socialist Party. Publication of Proletarul was suspended by the Romanian government in August 1935.

(The year 1928) The Romanian Radio Broadcasting Company (Societatea Română de Radiodifuziune) is the public and operates with FM and AM, internet within national and local radio channels. Globally, the radio station is broadcasting on two channels in Romanian, English, French, Aromanian, Spanish, German, Italian, Serbian, Russian, Ukrainian, Chinese, and Arabic. “The Friends of Radio Association” and the University Electrotechnical Institute in 1927 year, constructed a short wave emitter by producing the first transatlantic experimental broadcasts. http://www.srr.ro/

(The year 1928) Prvi Partizan. The company was founded under the name FOMU – Fabrika Oružja i Municije Uzhice (“Weapons and Munitions Factory in Uzhice). The company produces ammunition for civilian and military consumers in a variety of calibers in various loadings. Several ammunition cartridges: the 8x56mmR used in the Mannlicher, the 7.92×33mm Kurz used in the StG 44 rifle, and the 7.65×53mm Argentine cartridge. In 2009, the company introduced the 8mm Lebel.

During World War II by Tito’s partisans was named Prvi Partizan(“First Partisan”). According to the global trade data company Panjiva (https://panjiva.com/, ‘Prvi Partizan’ is listed as the third biggest ammunition supplier in the United States market for 2016. The Government of Serbia invested 4 million euros for the new hall construction in 2017.

(The year 1928) Radio Ljubljana signed on September 1, 1928, the first experimental broadcasts. On April 11, 1941, the station’s transmitter in Domzhale was destroyed and the station was occupied by Italy. The second radio program started in 1951. TV Ljubljana produced broadcasts for Eurovision, ski jumping in Planica, in 1960. The color program broadcasting started in the 1966 year. In 1968 year, the main newscast was produced in the Serbo-Croatian language. In 1970, the RTV Slovenia record label was established. In 1971, TV Koper/Capodistria, a subsidiary, was launched as the first bilingual TV station in Slovenia. Because the station used the PAL color standard, Italians bought PAL TV sets. In the year 1984, Teletext was introduced, whereas the digitalization started in 1986. When Slovenia became independent in 1991, the institution was renamed Radiotelevizija Slovenija. On January 1, 1993, RTV Slovenia was admitted as a fully active member of the European Broadcasting Union. In 1995, RTV Slovenija published its first web page. Radio digitalization started in 1995, whereas the digitalization of television broadcasting started in 1999 year. In the 1997 year, satellite broadcasting started via Hot Bird 3. In May 2008 TV Slovenia began airing a new TV channel, TV Slovenija 3. In August 2008 TV Slovenia broadcast their first HD event – Olympic Games 2008 on the test DVB-T channel. The Slovenian public broadcaster law referendum, 2010 was rejected by voters. In 2011, the analog signal was abandoned. http://www.rtvslo.si/

(The year 1929) Cedevita began production in 1929 in Borongaj, Croatia as a branch of the Swiss company Wander AG for dietetic products. In 1947, a new facility was built in Trogir for the processing of plants and manufacturing of teas. Cedevita company produces a wide range of teas, instant drinks, and dietetic products. A notable owner of the company was the Croatian pharmaceutical company “Pliva”. Since 2001 Cedevita has been part of the Atlantic Group. http://www.cedevita.hr/