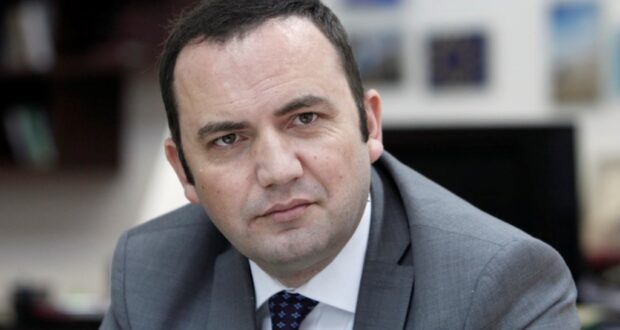 BY DR. SELIM IBRAIMI – In the Macedonian-Bulgarian issue, something is wrong, and that is with the policy of North Macedonia, especially with foreign policy say the observers. The statements of the Minister of Foreign Affairs Bujar Osmani differ many times on the same day and this is a product of a lack of foreign policy analysis. Now that both sides have submitted their proposals to the French presidency for consideration, the Macedonian side and Foreign Minister Osmani, due to lack of experience, still continue to issue statements that are wrong with actual negotiations with Bulgaria.

After the Bulgarian side and then the Macedonian side submitted their requests and remarks to official Paris, it seems that in the coming days it is likely that the Macedonian side will reject the main and final French proposal for an agreement with Bulgaria, analysts in Skopje say. However, this is too serious to be confirmed by the authorities in Skopje. But with the involvement of American diplomacy, the issue could be resolved this summer or by the end of the year.

In general, after the Bulgarian blockade of 2020, the foreign policy officials of North Macedonia have shown adolescent behavior, misunderstanding of politics, and the regional history, critics are saying. If the final French proposal does not pass through the institutions in Skopje, then the new situation will open a hot circuit in the EU and the region. Furthermore, if the proposal is rejected or postponed for another time, the official Skopje or Bulgarian side, cannot blame the international community for failures!

On the other hand, Ahmeti’s party- DUI, has been very silent about the French proposal. Earlier, DUI’s leader, Ali Ahmeti said, ‘the issue could be resolved. But what we have seen these days is the presentation and strengthening of the line by all parties in North Macedonia for non-compromise and establishment of the red line which is being repeated many times by the Macedonian Foreign Minister- Bujar Osmani and the government. Anyway, let’s wait for France’s move, and maybe American pressure could change the party’s position on accepting the final proposal from Paris.

Recent accusations between former Minister Nikola Dimitrov and current Foreign Minister Bujar Osmani show a lack of trust in each other in this process and great amateurism in diplomacy. Pro-government voices have elevated these two figures to the heavens for allegedly large foreign policy capacities. However, the facts and accusations of the two former close and official friends show serious problems in the mechanism of negotiations and diplomacy with the neighbors. (This paragraph is updated on 29.6.22)

In the end, from all these smiles given by officials, the whole situation can not go to extremes, with the appearance of tears and grief between neighboring countries. We hope that France is seriously working toward a lasting solution.

(Translated and edited from Albanian to English by Blerim Abedini) 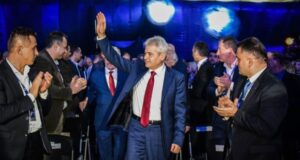