ISSD TOP ANALYSES
Home / EU, the Balkans, Eastern Europe/ Russia, Turkey / The virtue of a leader in the context of a foreign player 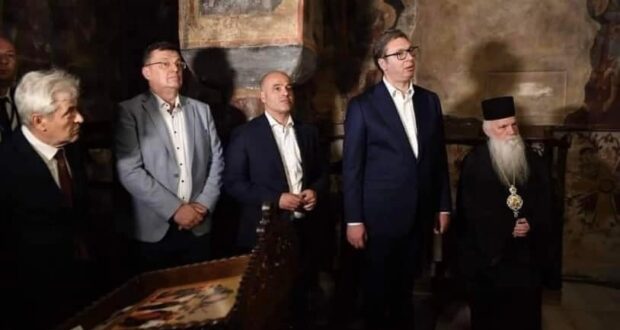 1. Is the Prime Minister of Montenegro Dritan Abazovic an American player or not ?! Everything should be seen from his action with Serbia and his relations with the church. In North Macedonia, Americans do not have a strong image. After the resignation of former Prime Minister, Zoran Zaev, Washington has no good players.

2. The former guerrilla leader Ali Ahmeti (DUI), has recently tried to reach several regional levels through his presence in the “Open Balkans”. But he does not really possess all the skills to understand global movements! The war in Ukraine and the regional impact are not enough events for a leader to become considered visionary or predictive. War can sometimes lead a leader in the wrong direction in predicting the future. The leader must understand the causes of war and how negotiations will determine peace.

3. Currently, not many stable and reliable players remain for Washington in the Balkans. Russia’s early contacts with Nikola Gruevski, still have an impact on the behavior of leaders today. (06.27.2022)

2022-06-28
+Admin
Previous: On the scene is a strong line in Macedonia’s foreign policy
Next: Për vëmendje…