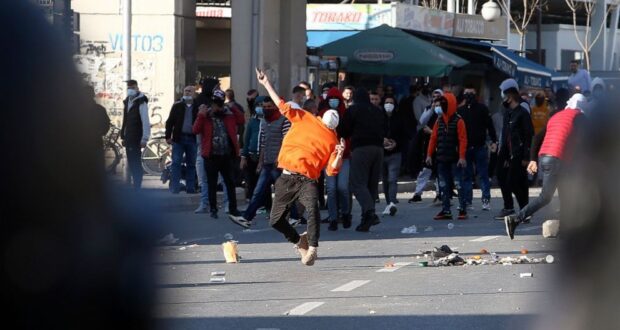 By Selim Ibraimi- Washington– Internal tensions are rising in Northern Macedonia. Lack of rule of law, political influence in the judiciary and interethnic prejudices have made it difficult for the state to function equally for all ethnic groups. Ali Ahmeti’s DUI, which has been in power since 2002, has been part of governments that have produced fabricated court cases for Albanians, say critics of his policies. Along with DUI, a party called BESA is part of Zoran Zaev’s government where together with DUI and SDSM, according to the Albanian opposition, continue to govern on the basis of fundamental rights violations.

Since 2002, very little progress has been made in the field of human rights, situation which has produce conflicting results between the government and the Albanians of N. Macedonia. Recent decisions by state courts are the basis for continued ethnic upheaval in Northern Macedonia.

Based on local reports, part of the responsibility lies with Albanian politicians who have not yet found democratic mechanisms to prevent the Macedonian government and institutions from acting unjustly and against human rights. In the next elections, analysts believe that the parties DUI and BESA will be punished by voters, while SDSM may have the lowest number of Albanian voters.

The EU and the US in several reports have expressed concerns about the rule of law, organized political crime and decline in inter-ethnic relations.
In 2001 the two ethnic groups clashed for several months until the international community intervened in the armed conflict. Today in Skopje, thousands of ethnic Albanians have protested against the unfair judicial sentences in the case of “Monstra” and “Almir”, who was killed by a Macedonian citizen in 2016.