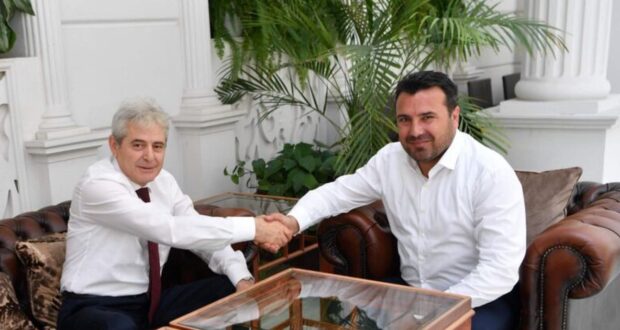 By Selim Ibraimi– Dozens dead and hundreds infected with Covid-19 in Northern Macedonia. The Delta variant has already brought to its knees Northern Macedonia and especially the northwestern part of the country where the majority of Albanians live. In the last two months, thousands of citizens from all over the world have entered through the land and airports of Northern Macedonia without proof of testing or vaccination.
In the summer, the government of Prime Minister Zoran Zaev, which also includes two Albanian parties DUI, DPA, and another called Besa, allowed weddings and public events without any control. With protocols on paper and government agency websites, the Center for Infectious Diseases has failed to prevent the Delta version from spreading and protecting the population. The problem also lies in the lack of information and the low awareness that exists of the risk of the virus, where over five thousand people have lost their lives in Northern Macedonia since the spring of 2020. The lack of vaccination centers and the catastrophic conditions in the public state hospitals make the situation unpredictable and difficult to go towards stabilizing the country from the Delta variant. Prime Minister Zoran Zaev and Health Minister Venko Filipce appeared at a press conference yesterday on the latest situation. There are no reports that the situation will be normalized with the measures taken.

Northern Macedonia is a member of NATO, a candidate for the European Union, and has recently entered into an alliance with Serbia, including Albania, called the “Open Balkans”. Also, local elections are expected to be held in October, while the continuation of the census is expected in September following the annulment of the March census by Zoran Zaev (SDSM) and Hristian Mickovski, the opposition leader of (VMRO-DPMNE). The country suffers from a high level of corruption, high unemployment, interethnic tensions, and a lack of rule of law. During Nikola Gruevski’s rule, the country was under Russian influence. (Brief report @CSSDMacedonia)