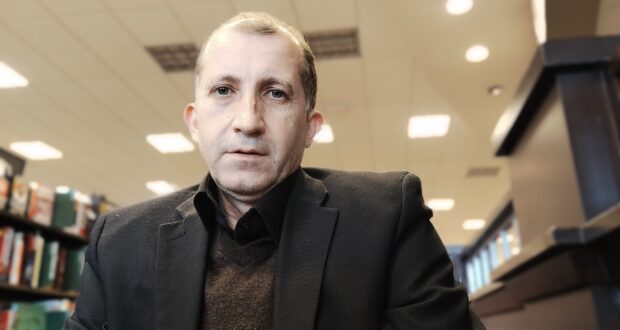 By Dr. Selim Ibraimi- Since the beginning of the Russian war in Ukraine, circumstances to some degree have changed positively in the Balkans. Official Skopje and Sofia have made substantial moves towards opening the way for a lasting and promising agreement. Earlier, before both sides spoke with positive tones, some moves were already being made. The first step was the expelling of Russian diplomats from Skopje, throwing indications of Russian-clandestine operations.

These Russian diplomats since Gruevski’s time have established links with political parties, NGOs, journalists, academics, business people, and other influential figures from Macedonian society. Bulgaria, on the other hand, has taken important steps with a new policy of the new government, which has also discouraged Russians and their activities in Bulgaria.

As the war in Ukraine has many other serious implications in the Balkans, Sofia and Skopje have moved in a positive direction, trying to close a potential Russian threat to destabilize the region.

By expelling the Russian diplomats from Skopje and, of course with the reduction of Russian activities in Bulgaria, new circumstances are essentially created for both parties to sign an agreement in the near future. A possible agreement should cover all issues open to both parties without prejudice from the past as well as based on historical facts.

However, we must keep in mind that the rest of society in North Macedonia and the region, which supports Putin’s war in Ukraine, may have implications for the leaders’ decision-making process. Also, should be added here, are the published results of the census in North Macedonia with a small number who are declared as Bulgarians.

However, with the chances of closing the Bulgarian veto case, the Balkans are not entirely calmed. Relations between Kosovo and Serbia remain stalled, with no direction in the near future. Prime Minister, Albin Kurti’s hope is to buy time, while Washington is busy with Ukraine and Russia. Serbia has also moved in the wrong direction, repositioning itself with Russia and Putin’s war in Ukraine. Disputes between the two countries could lead to further friction and, more, tensions in northern Kosovo.

The other issue that remains a flashpoint, of course, is Bosnia, which remains without a long-term perspective. After the war in Ukraine, it is necessary for the US to seriously conclude the issue of Bosnia’s future and the normalization of the Prishtina-Belgrade dialogue. So, the war in Eastern Europe, which was never expected, is an indicator to think about the position of the Balkan states, the possible closure of all frozen conflicts, and to open blockades!

Translated and edited by Blerim Abedini