ISSD TOP ANALYSES
Home / PROGRAMMES / Conflict Studies / Will, there be a rift between BESA and SDSM? 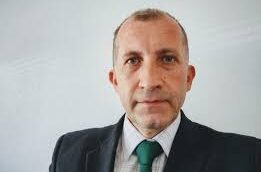 Will, there be a rift between BESA and SDSM?

By Selim Ibraimi- Ali Ahmeti’s DUI lost the local elections in the big cities and won in the rural areas. Ahmeti’s DUI ran in the election with “HIP- HOP” and disgusting propaganda that brought debacle to the cities where the majority of Albanians live in N. Macedonia. Bilal Kasami’s Besa party, loyal to SDSM and PM Zoran Zaev, has won Tetovo and has a dual role in the political maneuvering with possible declaring or not snap elections in 2022. For sure, political relations between the Besa and DUI are in a confusing process due to the defeat of the DUI’s candidate Mrs. Teuta Arifi (former Mayor) by Mr. Kasami. Now is very important to watch the relations of the Besa party and SDSM, if there will be a rift. Currently, the only link that holds this relationship of Besa with SDSM is the Minister of Agriculture Arianit Hoxha and MP Kastriot Rexhepi who are against the resignation of Prime Minister Zaev, to maintain strong ties with SDSM and of course the continuation of the same policies. Anyhow N. Macedonia is heading towards economic and political instability, but political actors must decide what is next after the big loss of SDSM in local elections and in the city of Skopje. (REPORT)