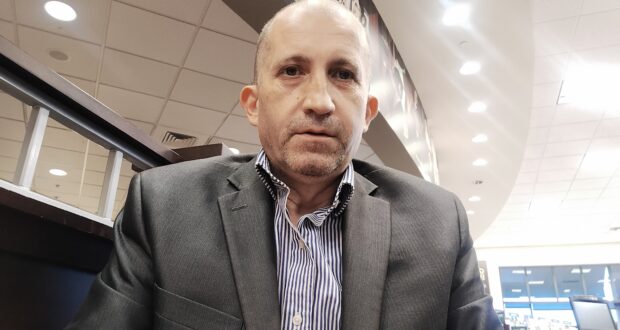 By Dr. Selim Ibraimi- We have entered the third month of the Russian invasion of Ukraine and both sides have not yet declared complete victory. One thing is for sure, Russia did not manage to completely occupy Ukraine and take control of Kyiv, but it caused massive destruction of cities, and thousands of civilians have been killed. After the first phase of the failure of Russia’s strategy of occupation, Moscow, as expected, changed its strategy and tactics by returning to the formerly occupied areas of Donbas in 2014, bombing the city Mariupol and of course, Russia hope that in future with the Battle for Odesa, could reach- connect with Transnistria. In fact, if the Russians manage to maintain this status quo, then the partition of Ukraine and its blockade of the Black Sea will be a scenario that will be real.

For now, Ukraine must continue fighting and attacking Russian-controlled territories. But the Ukrainian military forces cannot do this without modern weapons from the US and NATO. The US has pledged billions of dollars in aid to Ukraine. In order to get Russia out of Ukraine, the US should have long ago sent weapons directly through Poland to defeat the Russian army, and at the same time, the Ukrainians would have advanced and prevented the destruction of the cities by the Russians. Anyhow with concrete help from the US and the UK, Ukraine will have a better chance of negotiating with the Russians. How much good work on the ground has been done by the Turkish drone ‘Baryaktar’? Certainly yes. And this should be a signal that the US must urgently start sending advanced weapons without hesitation. A strong Ukraine needs strong weapons, and the US has promised that.

US president J. Biden visited the Javelin missile plant in Alabama, and this is a good sign that the US intends to fight Russia in Ukraine and, most likely, for Ukraine in the fight to preserve to some extent its territorial integrity. The time is now for a new balance of military power, as the weakened Russians are likely to stay only in the occupied parts of Ukraine. But to stop the scenario of Russian arrival in Moldova and beyond, US armaments and military technology must be sent now. At the same time, the new US strategy would prevent a limited and possible destabilization of the Balkans. And it would send a strong signal to Serbia and the Bosnian Serbs or even those in Northern Kosova that they can not play with the fate of other nations or the stability of the region. This should not exclude not only the sending of weapons to Ukraine but also to the US allies in the Balkans to balance the power of the armies of the Balkan states. And all this after Serbia’s efforts to arm and modernize its military capabilities with Chinese and Russian advanced weapons. (@CSSDMacedonia)

Ibraimi holds and Ph.D. in Political Science from SEEU and MA in International Relations from Webster University at Scott Air Force Base, United States.