Warning: Declaration of tie_mega_menu_walker::start_el(&$output, $item, $depth, $args, $id = 0) should be compatible with Walker_Nav_Menu::start_el(&$output, $data_object, $depth = 0, $args = NULL, $current_object_id = 0) in /home2/gtunionm/cssd-ngo.org/wp-content/themes/jarida/functions/theme-functions.php on line 1854
 Russia in the years ahead | ISSD
ISSD TOP ANALYSES
Home / PROGRAMMES / Biowarfare / Russia in the years ahead 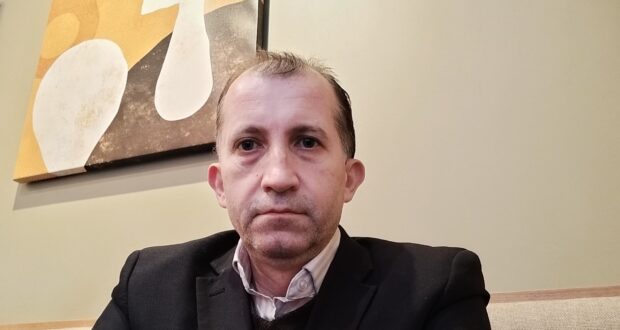 By Dr. SELIM IBRAIMI– For more than a decade, we have talked and read about Russia’s propaganda and misinformation in the Western Balkans and in the EU. The methods of traditional Russian espionage have been debated, entrenched, and very little has been said about the Russian cyber capabilities. Russian hackers sponsored by the Kremlin, the Foreign Ministry, the Russian military and intelligence services along with top-secret units, are the main subjects where Russian attacks around the world are originated. And in fact, they are the first cyber line of defense of the Russian state.

In the spring of 2021, an unknown attack by Russian hackers was carried out on the strategic US pipeline called “Colonial”, paralyzing all activity of the pipeline. From the northeastern part of North America to Texas, the American gas service was discontinued and the company had to pay the hackers to return to the status quo ante.

In EU countries, the Russians easily have all the tools to damage everything, because, in a possible and real conflict in the European theater of geo-economics, Moscow can paralyze the whole of Western Europe and even more easily the pro-EU states of the Balkans who, although under the umbrella of NATO, have no defensive and offensive capabilities against Russian hybrid power and tactics. NATO and Washington must understand the new situation and needs to take action and possibly improve their teams with good cyber people, with the scope of preventing future attacks by Russian or Chinese cybers.

“Microsoft”, and many companies, have complained to the US federal authorities about frequent attacks by Russia during the 2016 and 2020 elections. Not only that, the Russians are fighting hard for the next war in Eastern Europe or the Balkans. In case of war, the Russians could have the battle in hand, the cyber people from Russia have the potential to attack all the weak points of the EU and the countries that have imposed sanctions against it since 2014 when Moscow invaded Crimea. An integral part of the attacks can be data theft and misuse of data.

Moscow has it easier in the Balkans, even although four countries from the former YU sphere are part of the NATO alliance, the Kremlin is in a more favorable cultural, religious, and linguistic terrain. Some of the Balkan government officials are still linked to Serbia as a friend of Moscow. NATO in some directions has expressed some concerns e.g. for Northern Macedonia that some generals have an unknown background and can not assign the same individuals at the Alliance Headquarters. These holes are weak points for the countries in the region and a good chance for Moscow to attack the critical infrastructure. In the near future, it will be easier for Russians to operate in the Balkans. And this will happen more often when data is digitized. Here the friendly US states should form virtual brigades of hackers who will fight as soldiers in the battle with Russia in the years ahead. Unsurprisingly, the Russians, along with the Chinese in a new alliance, have already strengthened themselves and are challenging the US and the EU in the Balkans by spreading espionage and ransomware attacks like the “Ransomware”.