ISSD TOP ANALYSES
Home / EU, the Balkans, Eastern Europe/ Russia, Turkey / Analysis: The crisis in DUI suggests changes in the party’s leadership or a split in the future 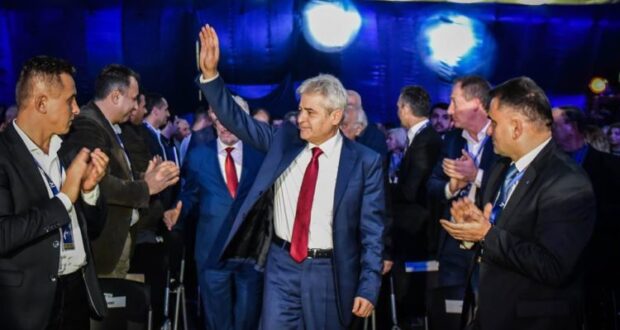 BY SELIM IBRAIMI – A party’s extended stay in power, especially in the Balkans, does not end well. This was seen with the Albanian parties in Albania, and Kosovo and now we are witnessing that even in the party of Ali Ahmet DUI, there is dissatisfaction from the former close members of the presidency, the branch of Saraj and Çairi. The entire history of a party does not end with fulfilling the wishes of former party officials who were once in high government positions with former pro-Russian Prime Minister Nikola Gruevski. The public statements of the “Fire Group” should be seen if the attack is aimed at destroying the works of Ali Ahmeti’s party or if it is just a dispute of several years between the deputy Prime Minister Artan Grubi with MP Izet Mexhiti, Blerim Bexheti, and Musa Xhaferi. It can be seen from Thursday’s meeting that the “Fire Group” has a lot of respect for their spiritual and political leader Ali Ahmeti. This means that the actions of this group so far are limited and have nothing to do with the fragmentation of DUI. So far, the issues with Ahmet’s DUI, the reactions of Mexhiti – Bexheti, and nothing more.

But how will Ahmeti approach both groups, which are mostly a matter of resentment for positions and from the monopoly of decisions within the party, which until now have remained in the hands of the Deputy Prime Minister and Ahmeti’s advisor Artan Grub and Foreign Minister Bujar Osmani? All remain to be analyzed further, when Ahmeti has to decide whether he will unite the groups, satisfy their appetites with posts, or he will take the side of new ministers, making the situation within the party even more unclear. If Ahmeti tries to buy time, then the “Fire Group”, not being satisfied with the leader’s actions, remains to act against DUI in Skopje, and the surrounding area, and maybe join some opposition combination to overthrow the Prime Minister’s government Kovacevski. And at the same time vote against Ahmet’s ministers in the government. Ahmeti is likely to act by first reducing tensions and seeing if he will further divide the group. Or the most realistic and long-term option is if Ahmeti will slowly distance himself from Grubi, moving towards the authority of Mexhiti and other figures who enjoy respect in Pollog and Skopje. Currently, this group does not have the capacity to form a political party and receive a significant number of voters from the current DUI party. However, the possibility is not excluded in the process that a party led by MP Izet Mexhiti will challenge Ahmeti and his DUI in the elections and as a future political force. According to local analysts, Artan Grubi, Bujar Osmani, Kreshnik Bekteshi, Arber Ademi, Fatmir Besimi, and several others who held positions in Gruevski’s former governments and continue to be in the last two governments in North Macedonia, are among the figures who incite disgust in the public opinion and have no support in the DUI electoral base.
From the point of view of political psychology, the mental construct of Albanian leaders does not change much. In the Albania of Stalinist communism, the elimination of opponents was terrible and the fight between them led to the departure of the main figures of the party, at first being laughed at and then being expelled from the party and finally ending up in prisons. Since we are now in a multi-party system, the issues are different, but the method of disqualifying opponents remains the same among Albanian leaders and parties. Concretely, it remains to be seen how long it will take Ahmet to calm the party from within. Ahmeti may be well on his way to reducing anger in his party, but this cannot heal the wounds he suffered from the defeat he suffered in Tetovo and Gostivar in the local elections of 2021. The most undesirable option is that if this group will act as an independent and take a serious form, the other may remain only propaganda and nothing more for the public and members of DUI. For more, during WW2, Gebels emphasized that “propaganda should be popular and not intellectually pleasing”.