A Turkish court has ordered blocks on Twitter and YouTube for sharing photos of a hostage taken during an armed siege last week.

The blocks have been imposed because images of a deadly siege were being shared via the social networks.

In the siege two gunmen reportedly from a far-left group took a prosecutor hostage at Istanbul central courthouse.

All three died in a shootout when police stormed the building during a rescue bid.

Before imposing the blocks on the websites, Turkish authorities had moved to stop newspapers printing images taken during the siege last week.

The newspapers were accused by the government of disseminating “terrorist propaganda” for the DHKP-C group that was reportedly behind the attack on the courthouse.

The DHKP-C is considered a terrorist group by Turkey, the European Union and US.

The prosecutor at the centre of the siege, Mehmet Selim Kiraz, was apparently taken hostage because he headed an investigation into the death of a boy during anti-government protests that took place in 2013.

In total, 166 websites which shared the images were blocked by the court order.

YouTube published the text of the court ruling on its website saying an “administration measure” had been enacted by Turkey’s telecoms authority.

Facebook was also subject to the same block but it is believed the restrictions on it have been lifted after it removed the images.

Many Turkish people reported via social media that they were having problems accessing the sites and many others.

This is not the first time that Turkish authorities have imposed blocks on social media sites and networks.

In the run-up to local elections in March 2014 blocks were imposed after recordings circulated allegedly revealing corruption among senior officials.

Figures provided by Twitter revealed that Turkey filed more requests to remove content from the social network than any other nation between July and December 2014.

2015-04-06
+Admin
Previous: The Westren Balkans become a playground for Russia
Next: EU expansion strategy in the Balkans 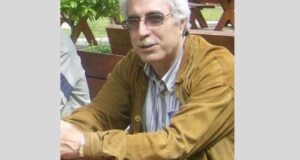