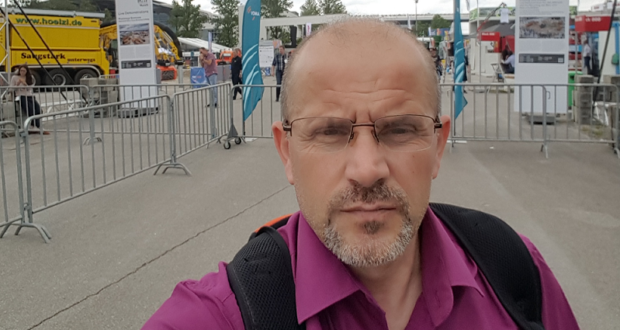 This year can be treated as one of the most difficult of the time of political and economic transitions in the world. The events of this century that capture the time of social transitions in the world have seriously shaken the world with wars, scandals, natural disasters, conspiracy theories, and major decision-making mistakes. However, the human ego has not remained indifferent to fighting these negative phenomena with the timely remediation of these negative phenomena and the examination of new needs for society.

With the collapse of the Soviet Union, although the social system in the world was changed, disappointment comes again. Challenging democracy, countries with a socialist economy and a communist social order faced some heavy tasks that a democratic society and a capitalist economy demanded of them. Adaptation to these reforms was difficult due to the centuries-old historical legacy of social-communist activity. With the collapse of the Berlin Wall, former East Germany found itself in a great backward position compared to the economy of former capitalist-West Germany, for which economic-financial measures were needed for the renewal of the economic-social life of the East side of Germany.

Ex-Yugoslavia without including in international pacts afterwar was challenged with democracy, which required political, economic, and social reforms. The many setbacks from the Yugoslav Federation for a comprehensive union led to wars, tearing down many projects that had been created after the Second World War. The states separated by the former Warsaw Pact due to weak economic competition suffered fiascos, which forced them to apply for membership in the European Union in order to gain financial and economic support. The European Union, seeing the danger coming from Russia, was in no hurry to accept all the states in its family.

Apart from that, these states had delays in the reforms of the political, economic, and social systems. After taking office as the president of the Russian state, Vladimir Putin tried to keep something from the past of the former Soviet Union. Therefore, through Belarus, Ukraine, and Moldova, he thought of keeping his influence on the European Union. As we know the gas pipelines in Northern Europe and later in South-Eastern Europe, continued to influence the government policies of the aspirant states in the EU. This was investigated in Ukraine in 2016 when it was losing the corridor to maneuver in the EU. Ukraine was a logistical state for Russia due to hybrid warfare activities with cyber attacks that had negative effects on the digital society.

It should be mentioned that even President Donald Trump in the presidential campaign misused his powers with the Ukrainian government to eliminate Joe Biden from the political scene.

We must understand the new political reality or the new world order with the influence of the USA in the four corners of the world’s hemisphere. The US prevents any political and military decision-making by the countries of the communist bloc as it has its own democratic heritage. It interfered with Chinese military goals in Taiwan as the primary state of semiconductors in modern industry. Intervene with the military frigate in the Pacific Ocean as North Korea is a serious threat to US allies such as Japan and South Korea with nuclear weapons. Interfered in India’s political decision-making around the Ukraine War. Sanctioned the country with the most atomic bomb – Russia with trade measures. In addition, new NATO candidate states are facing threats from Russia, which has been proven historically with Chechnya, Georgia, and Armenia, a countries of the former communist bloc.

So it is not easy to embrace democracy with a social-communist heritage characterized by great social differences and pronounced nationalism.

It should be taken into account that the countries of the communist bloc did not have private companies and that many of their private properties were confiscated by the state for the construction of state companies. The corruption that arose in these countries has to do with the denationalization of private property confiscated by the communist state. This is best observed from the stalled legal reforms, where the cases of citizens for real estate properties or those of denationalization, last for many years in the court offices of the countries of political-economic transition.

So, democracy has its conditions, and they are not easily overcome because the historical legacy does not allow such a thing. Here comes the popular saying, ‘Firstly, clean your yard and then clean outside environment’!