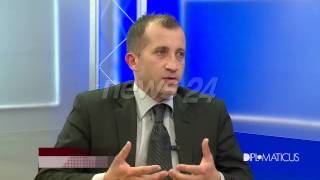 The bustle of the old emotional geopolitics

BY SELIM IBRAIMI -INSTITUTE FOR SECURITY STUDIES AND DEVELOPMENT- (ISSD)
The European Commission (EC) gave the green light to Albania and Macedonia. These two countries received a recommendation to start negotiations with the EC, but to conclude all the reforms initiated.
1.High Representative of the Union for Foreign Affairs and Security Policy Federica Mogherini and Commissioner Johannes Hahn were clear, their tasks should be taken seriously to join the Union.
EC Chief Junker said that the Balkans continues to remain one of the hot points where a crisis may be emerging as it is in the early 1990s and for that reasons the Western Balkans should join the EU.
“If we remove from these countries, in this extremely complicated region, I should say tragically, a European perspective, we are going to live what we already went through in the 1990s,” Juncker said.
“I don’t want a return to war in the Western Balkans.”
2.However, on the background of the European Commission’s Report released today for the Western Balkans and Turkey, the statement by  French President Emmanuel Macron was strange.
Speaking to EU lawmakers in Strasbourg, he did not have good news for Balkan countries hoping for EU membership in the future.
Actually the process of shaping up the Union with new members, rose to a time when the union emerged from financial crisis and new Western Balkan states really want to join the EU.
Western media reports that French President Emmanuel Macron has ruled out any expansion of the EU until the 28-nation block undertakes serious reform, despite warnings that such a move could lead to a return of war in the Balkans. He said that ‘EU should reform before expanding‘.
The strategy
3. Now the new geopolitics imposed by the outside powers and the new potential game of the European  powers in the heart of Europe could be a new bad theater for the Balkan states and new progressive governments.
In fact, the EU has a weak structure and has no power to deal with all political and national interests of the EU members states. Possibly a new French policy in the Union can force Germany to launch new policies towards the Balkans and even within EU.
The potential alliances inside EU against new members, could lead to rise of doubts about the strategy of the EU towards the Balkans.
With the arrival of the U.S. President Donald Trump there is growing strong alliance between the U.S. and France.
The relations have clearly been strengthened. Building a new Europe on the direction of France politics and not of Germany, could impose a new risk on the all major institutions of the EU.
The destruction of Franco-German alliance, of course that would touch the Balkans, and that would be a new geopolitical situation for candidate countries of the WB6.
4. For this kind of new Europe, they are some strong powers around, like, for example: Russia, China, Gulf States and Turkey, which seek to achieve their economic, strategic and cultural goals.
5. The recommendations given by the EC should be used by the aspirant countries but always moving away from the bad policies and looking ahead.
For now, Brussels, is going to accept the desire of the WB6 and EU in some degree is trying to change the region, but Western Balkan countries and governments should work hard to achieve their goals.
In the end, European insecurity has not yet moved away from the bustle of the old emotional geopolitics.
ISSDMACEDONIA
17.4.2018
2018-04-17
+Admin
Previous: Trende të reja me zgjatime të vjetra historike
Next: Zhurma e gjeopolitikës së vjetër emocionale