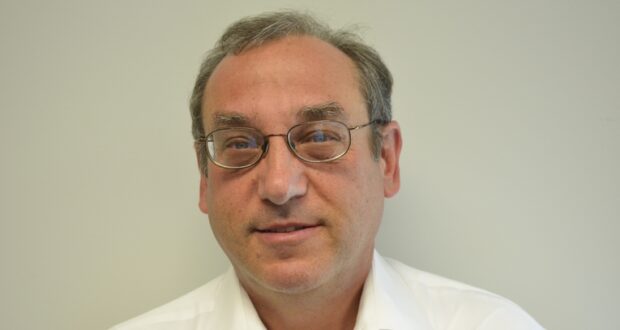 Daniel Shure: “Israel and Kosovo have good relations and the people of each have tremendous mutual respect…”

Interview with Mr. Daniel Shure, former chairman of the US-Israeli Chamber of Commerce in Chicago. Interviewed by Selim Ibraimi from ISSDMacedonia.

ISSDMacedonia: Mr. Daniel Shure as former President of the American -Israeli Chamber of Commerce, what has been your priorities?

Daniel Shure: The priorities of the America Israel Chamber of Commerce, Chicago are to help increase bilateral trade between Israel and the U.S. and in particular Chicago and the Midwest.

ISSDMacedonia: What kind of influence does your organization have on the Israeli government and US foreign policy?

Daniel Shure: We aim to help to make it easier for companies from our two regions to engage in trade.  Any influence we have is directly tied to the bilateral trade and we do not get involved in politics other than to support trade.

ISSDMacedonia: The state of Israel still has not recognize Kosovo. Why?

Daniel Shure: Israel and Kosovo have good relations and the people of each have tremendous mutual respect and of course all Israelis and Jewish people in general are quickly becoming knowledgeable about the role Albanian people and the role of Besa in saving Jewish lives.

The issue of recognition is a State issue and not in our purview but certainly we would like to see it happen soon and believe it will happen.

ISSDMacedonia: Many Jewish citizens during the Second World War, due to persecution by the Nazis, took refuge and found shelter in Albanian families in Albania, N. Macedonia and Kosovo. How important are these facts for the Israeli government in formulating foreign policies towards the friendly nations of the State of Israel?

Daniel Shure: It would be wrong for the America Israel Chamber of Commerce, Chicago to speculate on how the Government of Israel is formulates foreign policy.  However on a people to people level Jews around the world increasingly recognize the contributions of Albanians and want to give back to them. In Chicago, we try to use our know how to help ensure all people, Jewish and gentile are familiar with with the history and we try to help our Albanian friends accomplish their goals.

ISSDMacedonia; What is the future of relations between Albanians in the Balkans and the State of Israel?

Daniel Shure: It’s all going to be good. The young, educated, and tech savvy population in the Balkans is already working hand in hand with Israeli businesses in many industries, including gaming, coding, cryptocurrency, and more.  With Israel and the Balkan countries all firmly aligned with the west and sharing   common economic and political aspirations we will see cooperation on multiple layers. (ISSDMaqedonia-@CSSDMacedonia)

Dan Shure is President of ‘Be Shure International’, a consumer products consulting company, and Be Shure International Advisory, a government relations consulting company. Upon earning an MBA at Cornell University Shure started his career in Brand Management at Procter & Gamble in Cincinnati, OH. He then moved on to managing, owning, and serving on the Board of Directors of companies, both public and private in the Toy, Gift, Hardware, Housewares, and Craft industries, including Home Products International and Wolfcraft U.S.A. While CEO of Strombecker Corporation. Shure spent significant time leading the toy industry’s efforts in D.C. and state capitols regarding toy gun legislation. Shure has led Civic organizations in Chicago including Chicago Sister Cities International where he chairs Chicago’s Sister City relationship with Petach Tikva, Israel, and has, in the past served as Director of the Jewish United Fund of Metropolitan Chicago, President of Jewish National Fund, Chicago; and President of the America Israel Chamber of Commerce, Chicago amongst others.
2020-07-20
+Admin
Previous: ZAEV, NË PRITJE TË “SHQIPTARËVE” PËR T’I RRËZUAR SHQIPTARËT…!
Next: Daniel Shure:”Izraeli dhe Kosova kanë marrëdhënie të mira dhe njerëzit kanë respekt të jashtëzakonshëm…”