Warning sings in the Balkans.National security at stake!

The political stability in the region is a work in progress and may affect the region’s ability to respond to climate changes. The floodwaters have also washed away the signs that warn of fields of landmines planted during the Balkan wars of the 1990s. The Climate Changes, according to UN Environment Publication for West Balkans are getting warmer. International ethnic migration within the region is high as in Europe, the United States, Canada and Australia.

After war the countries in Balkans have faced additional challenges for surviving brought by climate change. Reports by the United Nations Environment Programme and the Environment and Security initiative on the effects of climate change evaluate as poor the capacity of the region to respond to the effects of climate change because of political stability and the effectiveness of governance. The political stability in the region is a work in progress and may affect the region’s ability to respond to climate changes. The West Balkans countries are on the path to stabilization- with boundary disputes and ethnic enclaves, gray economies, corruption and organized crime.

The Climate Changes, according to UN Environment Publication for West Balkans are getting warmer and are projected to continue on this warming trend generally in proportion to the expected increase in global temperatures. The four countries with coastal areas – Albania, Bosnia and Herzegovina, Croatia and Montenegro – also are facing potential hazards associated with a rising sea level with implications to public health and biodiversity, water resources, agriculture, forestry, energy and tourism.

The demography and fertility rates are declining. People are moving from rural to urban areas. International ethnic migration within the region is high as in Europe, the United States, Canada and Australia. Best-educated and highly skilled workers have emigrated. In numbers and percentage, more than 50 per cent of the more than 4 million emigrants from the West Balkan countries is living in other Balkan countries or in Italy, Greece or Turkey. Another 29 per cent is elsewhere in Europe, and the remaining 21 per cent is scattered across the globe with significant numbers in the United States, Canada and Australia.

The UN Publication of 2012 year is showing the adaptive capacity index combined with social and economic measures – income inequality, GDP per capita, political stability and absence of violence, aggregate measure of government effectiveness, regulatory quality, and rule of law and control of corruption. Is significant that Croatia has the highest adaptive capacity of the five countries. Macedonia has the lowest adaptive capacity, while Albania, Bosnia and Herzegovina and Serbia fall in the middle.

The rains and floods in previous year in the parts of Bosnia and Herzegovina, Serbia, and Croatia were unprecedented in the region, going back for 120 years. Officials have reported for three months rains until month May when is happened disaster.

On May, 2014, there were 4 inches of rain fell with downpours. In few days amount of rain was recorded as equivalent to one third of their annual total. Steven Bowen- associate director and meteorologist with the reinsurance group described this disaster as pretty unprecedented event unseen for 100 years.

The torrential rains experienced in parts of southeast Europe are evident in this map of rainfall totals across Europe from May 11-17, 2014. Photo Credit: NOAA

The water went crashing down slopes and into numerous streams and rivers of the Danube. Dozens of deaths have been reported in the affected countries and, initial estimates of the total damage are more than $1.4 billion. The floodwaters have also washed away the signs that warn of fields of landmines planted during the Balkan wars of the 1990s, and may have washed some of the mines themselves into the Danube watershed, according to news reports.

Foreign minister of Bosnia-Hercegovina, Zlatko Lagumdzija has described the destruction as “terrifying” and compared it to Bosnia’s 1992-95 war, with unusable 100,000 houses and buildings and damaged road infrastructure. Also within 2,000 landslides, some of which are in the minefields left from the war in Balkans. Nearly 120,000 unexploded landmines remain in more than 9,400 carefully marked minefields which is obtained and captured by flooding.

Ahdin Orahovac, director of Bosnia’s Mine Action Centre, has told to the BBC news, that their work had been put back for years. Bosnian civil defense officials have reported for 500,000 evacuated people or left their homes. Rescue helicopters from the European Union, the US and Russia have helped evacuate people.

According to the Center for International Stabilization and Recovery of James Madison University, the Serbian and Bosnian demining units are trained in clearing landmines and UXO under normal working conditions, so for the flooding is required different skilled approaches. Furthermore, according to this Center, the EU has financially supported with US$88 million on 20 June 2014 to Bosnia–Herzegovina, and Serbia. The International Monetary Fund thought then, to double its funds to $258 million by 20 June 2014. The Office of Weapons Removal and Abatement in the U.S. Department of State’s Bureau of Political-Military Affairs (PM/WRA) has deployed two separate Quick Reaction Force (QRF) teams, each of them, by consisting of three civilian explosive ordnance disposal experts, on 25 May 2014. The QRF teams assisted the BHMAC and Serbian Mine Action Centre in assessing the landmine situation following the floods, identified gaps in assistance, and provided recommendations to U.S. and local authorities on demining program. Bosnia–Herzegovina also received outside support from countries including Germany, France, Italy and the U.K.

Areas affected by flooding in the Balkans on May 2014. Map courtesy of Arnold Platon.

Dangerous flood waters had put in risk the Serbia’s largest power plant, the Nikola Tesla complex, 30km (18 miles) south-west of the capital, Belgrade. The coal-fired plant in the town of Obrenovac is producing about half of Serbia’s electricity. Serbian has emergency ordered evacuation of 11 villages from this region, along the River Sava.

In national security context, the Climate Changes has dislodged warning signs and in many cases loosened the unexploded mines. The Serbian Prime Minister Aleksandar Vucic has required international aid particularly of food, clothing and bottled water. He has declared that, “We are faced with the biggest problem and disaster after the war…All of our mine warning signs have been moved. We have to warn our local population that they shouldn’t hurry back to their homes because there are many locations where landmines are now in new places”. It is clear that infrastructure of rivers in West Balkans are not changed significantly after Second World War, when rebuilding of Yugoslavia was done. We may see still old bridges and road built from ex-Yugoslav state and Ottoman’s Empire. It comes to conclusion that without investing in infrastructure of riverbeds we may face again the catastrophic disaster. Furthermore implications to migration without any initiative by governments will be real in the coming years.

In other side business community is looking for raising own business even there could be pollution in the region. Government or political representatives have not more attention for pollution when in question is foreign investment. The larger coal plant in Europe as is it Colubara in Serbia is in interest of many business subjects as China’s investors.

According to a recent report by the nonprofit Change Partnership and International Energy Agency data: Serbia, Bosnia and Herzegovina, Ukraine, Macedonia, Kosovo and Montenegro, have planned power-plant expansions— some already under construction, others are planned over the next decade— and will boost coal-based generation capacity by 14.8 gigawatts, an increase of approximately 30 percent.

As it belongs to the Republic of Macedonia, there are some reports for climate changes. According to the European Environment Agency, the Republic of Macedonia has three sectors largely responsible for air emissions: energy production, especially electricity production; road traffic and industry. The overall electricity consumption has grown over the past five years at an annual rate of 4.46 %. The high growth rate is due to re-starting of the ferro-nickel, ferro-silicon and the steel industry, all major consumers of electricity. Industrial electricity consumption is significant and rather variable. Variations in electricity consumption correspond with oscillations in the steel and ferro-alloy industry. Some of metal industries are continuing with pollutions as it production company of Ferro- Silicon in the Pollog region. The company has not money to put filters for gas emission because will bankrupt, said a high qualified worker. Relation between Non Profit Organization and Government for this issue, seems as game without winners. Largest cities in Macedonia are ranked between high polluted cities in the World. Also, country is not prepared well for preventing floods. Agricultural and physical damages are high due to some floods in recent years by the rivers and lakes .

The Balkans Are Giving Climate Change the Finger. By Nathan Siegel, published on July 07, 2015. Http://www.ozy.com/fast-forward/the-balkans-are-giving-climate-change-the-finger/60673

Climate change in the West Balkan. Publication by Zoï Environment Network on behalf of UNEP in the framework of ENVSEC. Http://www.zoinet.org/web/sites/default/files/publications/Climate-change-west-balkans.pdf

2015-11-09
+Admin
Previous: Macedonia: Fog of Geopolitics
Next: The New Spymasters: Inside Espionage from the Cold War to Global Terror 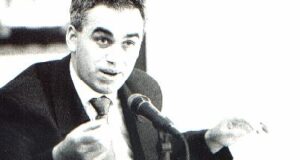 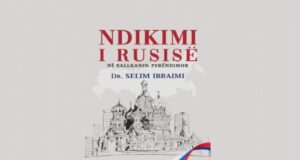