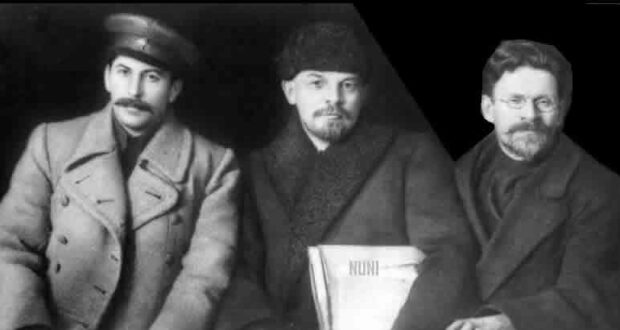 RUSSIAN INFORMATION PROPAGANDA IN THE BALKANS

The trends of instability continue in the Balkans, and the political events in Macedonia are part of the information warfare. Diplomatic efforts to form a new government in Macedonia after the elections of last year have raised the concerns on who will lead the country. Macedonia’s integration process towards EU and NATO has stalled.

The new public poll in Macedonia running by a private organisation shows that society is divided regarding preferences for foreign powers. Macedonian population favours Russia as the ethnic Albanians are close to the U.S. position. Also, the credibility of EU is at stake. Macedonians don’t want EU and the U.S. to get involved in the Macedonian internal affairs.

According to the political development in Macedonia, on February 2015, Russian Foreign Ministry announced that foreign services try to destabilise Macedonia. Russian Foreign Ministry supported the former Prime Minister Nikola Gruevski’s position regarding interceptions, which the putsch is organised by the services of the neighbouring countries and by several Western embassies in Skopje.

Two years after the wiretapping scandal, Russian Ambassador in Macedonia, Oleg N. Shcherbak met Gruevski again to make efforts for the formation of a new government after the parliamentary elections of December 2016.

Moscow with tools of information warfare is attempting to put ‘one foot’ in Macedonia. In addition, Russian Foreign Ministry has released a statement on political events in Macedonia. In the last two years since the wiretapping scandal which led to Gruevski’s resignation and the formation of a provisional government, Russia has been interested in this part of Europe, and it engages with political parties in the anti-West campaign against the policies of the U.S. in Macedonia.

The officials of the U.S Embassy have denied any attempt to overthrow the government or to isolate the former premier of Macedonia Nikola Gruevski. They also deny the claim that they are pressing political parties to form a majority with the new Social Democrats (SDUM), against the center-right Macedonian political party (VMRO-DMPNE). In the statement which was released by U.S. Embassy indicates that the U.S. just wants to help Macedonia and they are not taking any sides. However, Russian Embassy in Skopje does not share the same opinions.

With its propaganda, Russia at least demotivated the candidate members of the Western Balkan states towards NATO or EU. Moscow prefers the status of neutrality of countries that emerged from Yugoslav Federation. In other words, Kremlin challenges the U.S. on some levels. At the end of the W.W.-II, Russia tried to establish the ‘Balkan Federation’ as a counterbalancing force against the Western Allies which had geopolitical consequences for the U.S. at that time.

Recently the EU and the U.S. have expressed their concerns on several occasions over the direction of democracy in Macedonia. Indeed Bosnia, Kosovo, Montenegro and Macedonia remain on the edge of Russia’s ‘sharp knife’ which has the purpose of reversing the reforms and imposing the set of regulations Kremlin favours in the Balkans.
​Russian information propaganda and the movement of neutrality

The U.S. investments in the civil society sector have not been sufficient to prevent Russian propaganda. The U.S. Public diplomacy is challenged because of Kremlin’s involvement in the region and the EU’s miss-management policy for the Balkans.

The last statement of the Russian Foreign Ministry was perceived as a support for the anti-U.S. propaganda of the current political parties in Skopje. Recent turmoil in Macedonia is welcome by Kremlin. Russia uses domestic news outlets as propaganda to reach the nations in the region and it wins the hearts of people against the Western approach to some extent. Since 2009, the Russian influence in Macedonia has been growing, with a capacity to change the decisions of the multi-ethnic government and the attitudes of political parties.

DUI of Ali Ahmeti is ‘seen’ as a stooge for the Americans to decrease the Russian impact in Macedonia but, the Albanian opposition has risen some concerns over the ties of the party with Gruevski which recently was disobedient to the U.S. policies. Therefore, the tendency of a perfect Russian propaganda remains a threat for the Western Balkans’ fragile societies.

Regional blocks in Balkans
​Since 2009 we have seen the formation of the regional blocks, and the rise of the pro-Russian political figures. Russian strategic investments are primarily in the energy infrastructure, the oil market and the news outlet organisations around the region. Macedonia is dependent on gas and trade from Serbia, Russia and on Turkey for the development of its infrastructure. Macedonia carries out the 60% of its trade exchange with the EU.

That makes Macedonia economically dependent on the EU but, according to the forecasts, Russia will take part in the investments of natural gas, and mining in the future. At the regional level, Turkey and Serbia are among the strategic partners of Macedonia commercially and militarily. This is due to the geographical proximity and cost of transport.

Russia has increased the degree of early 19-century nationalism in the Western Balkans, and the latest developments indicate that the populism and ethnic nationalism is on the rise. Albanian ruling party DUI which is certainly under pressure from the Americans has begun the process of changing its policy based on the recent developments to form a new government.

Mr. Zoran Zaev, who is trying hard to form a government with the Albanian political parties, has no reconciliation strategy for the long term inter-ethnic cohesion in Macedonia. However, Russia keeps his hands open and engages with Serbia and Albania via the news outlets as ‘Russia Today’ and it utilises Belgrade as a geopolitical tool to stir the unrest in Northern Kosovo.

Furthermore, the Balkans and Macedonia remain a flashpoint for regional actors and non-state actors. The memories of the 19 century, makes us think that Balkans are changing according to the repositioning of global powers. The dense fog and the ‘powder keg’ continue to stay in the Balkan Peninsula.