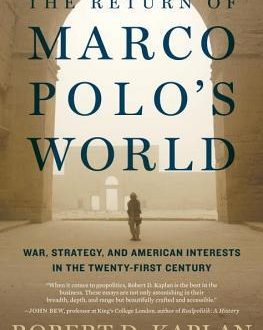 –The Return of Marco Polo’s World: War, Strategy, and American Interests in the Twenty-first Century

-A bracing assessment of U.S. foreign policy and world disorder over the past two decades, anchored by a major new Pentagon-commissioned essay about changing power dynamics among China, Eurasia, and America—from the renowned geopolitical analyst and bestselling author of The Revenge of Geography and The Coming Anarchy.

In the late thirteenth century, Marco Polo began a decades-long trek from Venice to China. The strength of that Silk Road—the trade route between Europe and Asia—was a foundation of Kublai Khan’s sprawling empire. Now, in the early twenty-first century, the Chinese regime has proposed a land-and-maritime Silk Road that duplicates exactly the route Marco Polo traveled.

In the major lead essay, recently released by the Pentagon’s Office of Net Assessment, Robert D. Kaplan lays out a blueprint of the world’s changing power politics that recalls the late thirteenth century. As Europe fractures from changes in culture and migration, Eurasia coheres into a single conflict system. China is constructing a land bridge to Europe. Iran and India are trying to link the oil fields of Central Asia to the Indian Ocean. America’s ability to influence the power balance in Eurasia is declining.

This is Kaplan’s first collection of essays since his classic The Coming Anarchy was published in 2000. Drawing on decades of firsthand experience as a foreign correspondent and military embed for The Atlantic, as well as encounters with preeminent realist thinkers, Kaplan outlines the timeless principles that should shape America’s role in a turbulent world: a respect for the limits of Western-style democracy; a delineation between American interests and American values; an awareness of the psychological toll of warfare; a projection of power via a strong navy; and more.

From Kaplan’s immediate thoughts on President Trump (“On Foreign Policy, Donald Trump Is No Realist,” 2016) to a frank examination of what will happen in the event of war with North Korea (“When North Korea Falls,” 2006), The Return of Marco Polo’s World is a vigorous and honest reckoning with the difficult choices the United States will face in the years ahead.

“These essays constitute a truly pathbreaking, brilliant synthesis and analysis of geographic, political, technological, and economic trends with far-reaching consequences. The Return of Marco Polo’s World is another work by Robert D. Kaplan that will be regarded as a classic.”—General David Petraeus (U.S. Army, Ret.) 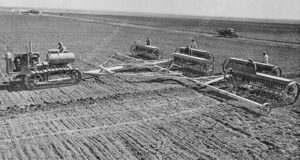 The Stability and Security of the Western Balkans