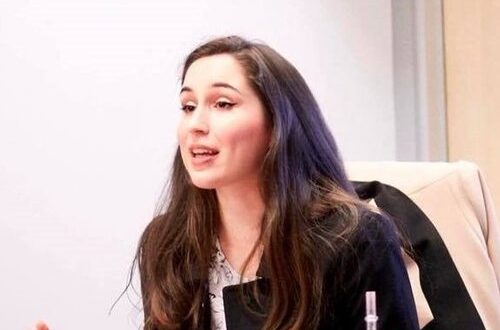 A response to defenders of Trump’s foreign policy in a region all too familiar with the meddling of great powers. The United States has been bullying its staunchest ally and calling it diplomacy. The Trump administration’s strong-arming of the small Balkan nation of Kosovo – inciting a US-backed governmental collapse amidst a pandemic – mirrors a broader trend of declining US diplomatic capacity and international legitimacy. Now analysts with no expertise in the region are coming out of the woodwork to defend the administration by rewriting history. But no amount of genocide denial and hyper-partisan delivery of half-truths can cover up the fatal policy flaws.

An article in the Washington Times recently engaged with such ongoing debates on American foreign policy in Kosovo. But unlike previous perspectives that offered warnings and solutions to America’s heavy-handed responses, this new ideologically-driven take relishes the chance to see America’s strategy in Kosovo go down in flames.

To put it lightly, in pursuit of this agenda, the author of this recent piece has penned propaganda that demands a swift rejection. Articles such as these are smorgasbords of false, revisionist Balkans history that erase the crimes of genocidal dictators. They attach a simplifying narrative of “ancient hatreds” to Serbia’s systematic ethnic cleansing against Albanian Kosovars and support Trump’s new bullying tactics. This article in particular advocates for the undoing of years of peacebuilding in the region, which the author mistakenly interprets as the purely partisan legacy of the Democratic Party.

For those with even a cursory knowledge of American foreign policy in Kosovo, the bias is immediately evident. The article opens with selective scorn for the ten-foot tall Bill Clinton statue in the heart of Kosovo’s capital. But just as America’s Kosovo policy has been bipartisan up until now, so are Kosovo’s countless honorary monuments to United States leadership. Prishtina is also home to boulevards named after George W. Bush and a street and new statue in honor of Bob Dole. After all, it was Republican George H. W. Bush who first warned Serbia against violence in Kosovo in his 1992 “Christmas Ultimatum.”

Indeed, in his last days in office in late 1992, President H.W. Bush instructed Secretary of State Eagleburger to send a classified cable to Belgrade. The United States Ambassador was to read it personally to Milošević. It read: “In the event of conflict in Kosovo caused by Serbian action, the United States will be prepared to employ military force against Serbians in Kosovo and in Serbia proper.”

It was President H. W. Bush’s son who supported Kosovo’s declaration of independence in 2008. Some of Kosovo’s biggest, long-term support came from well-known Republicans, such as John McCain and Bob Dole, but this information is lost in the anti-Clintonian partisan spin of the article.

In addition to its partisan narrative, the article frames the violence that engulfed Kosovo through the lens of binary religious hatred. It avoids all the messy nuances of power politics, elite manipulations, and state-sponsored mass killings that truly define the history of the Balkans and the Kosovo conflict. Instead, the article overflows with rampant Balkanism, portraying the inhabitants of the Balkans as irrational barbarians who cannot help but kill each other because of overpowering ethnic and religious ancient hatreds.

The author further claims that “each side ethnically ‘cleanses’ itself of the other in a civil war horror between ethnic Albanian Muslims and ethnic Serbian Christians.” In effect, this perspective also peddles revisionist lies that exonerate genocidal dictators like Slobodan Milošević, the butcher of the Balkans. This lie amounts to a denial of the Serbian strongman’s genocide against the Bosnian Muslims and his multiple campaigns of ethnic cleansing against ethnic Albanians and other groups in the Balkans. It paints a false neutrality, equalising all actors amidst grave power imbalances.

Claims of equal culpability are the first step in shielding powerful actors from responsibility to the violence. Such civil war narratives erase the painful past in Kosovo – one of international aggression driven by a conscious, coherent, and systematic Serbian policy to get rid of ethnic Albanians through murder, displacement and imprisonment.

But it gets worse. The article goes on to contradict definitive historical accounts that leave their evidence in blood by saying that “the Albanian majority forced out most of the Christians — hardly anyone in the world cared — and declared independence from Serbia.” But this is the exact opposite of reality, which lives in thousands of well-documented accounts across government agencies, non-governmental organisations, and first-hand personal narratives, including the tragic history of my family members in northern Kosovo. The overwhelming consensus screams out that it was in fact the Serbian government and paramilitaries that waged an ethnic cleansing campaign that killed more than 10,000 civilians and expelled 1.5 million Albanians from Kosovo.

It is, however, true that Serbian civilians lost their lives during the conflict, but this was mainly due to post-war revenge attacks and civilian crimes. These differ dramatically from Serbian state-sponsored systemic campaigns of ethnic violence and planned eradication against ethnic Albanians, something now admitted by Serbian police officials themselves.

Another disturbing element of the article lies in its hyper-religious framing, which merely serves to embolden the Christian nationalists in the United States. It holds little relevance to the drivers of the Kosovo Crisis, which was a product of strategic plans of political domination. Yet such misguided, dangerous “clash of civilisations” arguments never cease to dominate political discourse, especially in support of ulterior political agendas.

Revisionism in the name of petty Trumpian foreign policy

Ultimately, this revisionist, partisan take on the Kosovo Crisis exists to justify the Trump administration’s brutish policies, reflected via Richard Grenell, the Director of National Intelligence and United States envoy for peace talks between Serbia and Kosovo. Just weeks into the formation of a new government in Kosovo, the Trump administration spitefully froze vital United States financial assistance and threatened Kosovo’s security during a pandemic, all because the new Kosovo Prime Minister Albin Kurti would not agree to unconditionally remove tariffs on Serbian goods. The evaporation of United States support prompted the collapse of the 51-day old democratically-elected Kosovar government, which has left the country in political turmoil. The removed prime minister and coalition partners specifically accused United States leadership of helping to dismantle the Kosovar government.

Kosovo’s rare assertion of sovereignty, which hampered Serbia-Kosovo peace talks, was a political inconvenience for the Trump administration, eager for an easy foreign policy victory. Indeed, current United States policies in Kosovo prioritize quick deals over long-term results. What is more, they showcase strong bias against pro-United States Kosovo, instead favoring Serbian strongmen and their corrupt regimes, which harbor anti-US sentiment, purchase sanctioned weapons from Russia, and refuse to negotiate in good faith on the status of Kosovo.

It is clear that the recent partisan spins desperately wish to sugarcoat bad diplomacy. But it is worth examining further the long-term dangers of such foreign policy, which will foment regional instability and a decline in United States influence in a strategic part of the world.

The dangers of revisionist history and bad foreign policy

The fear of territorial swaps and partition still looms over Kosovo. When President Thaçi held the reigns of the Kosovo-Serbia negotiations, this option remained on the table. Hoping to wrap up the deal, American diplomats once touted the radical idea of returning parts of Kosovo to Serbia. In 2018, the former National Security Adviser, John Bolton, said the United States “would not stand in the way” of a land swap deal. The deal would have allowed the Serbian-speaking region in north Kosovo to join Serbia, while an Albanian-speaking area in Serbia’s south would join Kosovo.

Bolton’s remarks outraged many European leaders and terrified Kosovar citizens, who are sure that the politics of partition would reignite an ethnic conflict and leave behind an ethnicity-obsessed society, like in Bosnia. Given such United States sentiment, the collapse of Kurti’s government leaves the door once again open to partition.

The aftermath of the collapse of Kosovo’s new government brings to light the United States’ history of banding with Balkans authoritarian regimes. Western actors have been, at best, complacent and, at worst, eager to prop up Balkan leaders with autocratic leanings such as current president Vučić in Serbia, Milo Đukanović in Montenegro, and the former prime minister of North Macedonia, Nikola Gruevski. As long as these corrupt strongmen maintain a facade of stability, Western actors rarely hold them accountable to real democratic reforms and other socio-economic policies that would benefit their populations.

For instance, as the United States punishes the new Kosovar government for derailing peace talks, over 80,000 ethnic Serbs living in northern Kosovo suffer at the hands of the Serbian government. This lawless northern region runs on de-facto parallel institutions from Belgrade, removed from the reach of Kosovar laws.

But the Serbian people of the north often have more to fear from their Belgrade benefactors than from ethnic Albanian leadership and tariffs. “The people [in Mitrovica] are not afraid of Albanians, but Serbs, the local bullies and gangsters riding SUVs with no license plates,” Oliver Ivanovic, a popular Kosovar Serbian politician, told the Serbian magazine Vreme. Indeed, mafia-style politics and organised crime run rampant in the Serbian-run north. Tragically, in 2018, Ivanovic, who was a frequent critic of Belgrade’s role in the north and aimed for reconciliation with ethnic Albanians, was assassinated outside his Mitrovica office. As Representative Engel recently noted, the mangled United States foreign policy in Kosovo rarely reprimands Serbian leadership.

The breakdown of US diplomacy

Since the rise of the Trump administration, United States diplomacy has taken a hit both in quality and quantity. For example, in the past, the percentage of political ambassadorial appointments hovered at about 30 per cent, while career diplomats filled 70 per cent of the posts. These diplomats held years of on-the-ground local experience relative to their political appointees. Today that trend is reversing. Richard Grenell, for instance, is widely known as an extreme Trump loyalist, “partisan propagandist,” and much more.

Under the Trump administration alone, the State Department has lost 12 per cent of its employees in the Foreign Affairs Division. In broader terms, as Monica Duffy Toft at the Center for Strategic Studies pointed out, “while US ambassadors are operating in one-third of the world’s countries, US special operators are active in three-fourths.” Increasingly, United States diplomacy is now forged by executive branch political appointee. More often, United States foreign policy swaps out diplomacy for military might.

It is hardly surprising anymore that citizens around the globe now perceive the United States as a bigger threat to prosperity and peace than China and Russia.

Dr. Sidita Kushi is a postdoctoral research fellow and research director at the Center for Strategic Studies, The Fletcher School of Law and Diplomacy at Tufts University, where she leads the Military Intervention Project (MIP). She will begin her new role as Assistant Professor of Political Science at Bridgewater State University in Fall 2020.