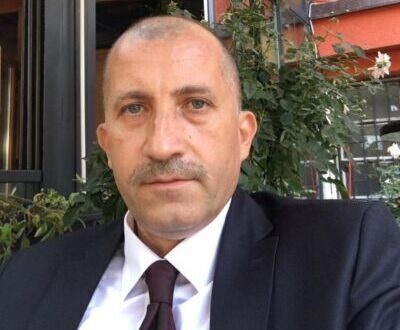 By Dr. Selim Ibraimi- More than three decades have passed since the fall of the Berlin Wall and the European Union (EU) is not the same as it once was. It has expanded to Central and Eastern Europe and includes the two former Yugoslav republics the Slovenia and Croatia. The rest of the union still dreams of one day becoming part of the EU, which in the third decade has been gripped by the identity crisis, restrictions on the distribution of soft power in the Western Balkans, and, of course, in international politics. And here the loss of power by the EU, whether soft or strong power, is being seen in the weak tones of the EU to Russia’s attempts to invade Ukraine and spread some “fire” in the Balkans.

The EU is out of the game in relation to the Russian-Ukrainian crisis and expects what the US will do in January this year. Of course, its actions will not be military, due to its inability to face Russia in a direct conflict. The divided EU, without a unified foreign policy, will continue to be insecure with France in 2022, which in the new environment of pandemic and economic downturn, is seeking new space outside the union. Despite the announcements and speeches of officials from Brussels, the European Union, and the Balkans political reality is different.

As long as the EU is not unconditionally ready to integrate the Balkan countries, then new regional initiatives are seen as perhaps a permanent solution to an economic and less cultural and religious rapprochement between them. This is one side of the decline of European desire for the Balkans. On the other hand, the EU, although it does not have a deadline for the countries of the region, has continued to send billions of euros to the Western Balkans for decades and during the pandemic.

As the EU is helping us and it is not known how long this pampering will continue, much work remains in the hands of the Balkans governments. And where governments seem to be wondering if they should complete the reforms required by EU law. E.g. in Northern Macedonia, political bargaining is still taking place in the eyes of Europeans and Americans. Local politicians, on the other hand, say they have done a lot of work to build the rule of law. Although the country has gained some prestige vis-vis Bulgaria by accusing official Sofia “that it is hindering us on the European path”, the truth is that this country is very difficult to reform and things are not working properly. And all because of the old mentality of the political class, the corruption integrated into the system, and the lack of modern diplomacy. However, in a low-level confrontation with Russia, the EU, the US, and NATO will not be able to reflect in the Western Balkans. As realism still plays a key role in international politics, it remains for the EU and the Balkans to work better together in difficult times and to send clearer signals. Otherwise, the future will be difficult for fragile states that depend economically on the EU and militarily on NATO.