How properly to close the human rights package in Macedonia?

SELIM IBRAIMI –The constitutional changes that have been opened in Macedonia by the Parliament are largely related to the Prespa Agreement.Based on reaction of Albanian  opposition the influence of government on day-to-day basis, makes it impossible to think that the process is transparent and fair in terms of voting and closing the process in 2019.The government has denied any influence in this process.

Concerns about the way of reconciliation or amnesty is proposed by the government have been opened by Albanian parties, especially those of the opposition. On the other hand, the International Community does not want to have any influence on this governmental process in Parliament.
Perhaps foreign diplomats are right, because they are accused by the Macedonian opposition VMRO that they are interfering in Macedonia’s internal affairs.

But in other way in the background, diplomats via local channels can reach the local political centers of Albanian political parties.There is no doubt, that we have some politics played by interest groups, interested in maintaining the status quo among Albanians of Macedonia.

At some level foreign diplomats accredited to Macedonia do not want to open the package of rights of Albanians and with assumption that frozen status will continue to stand for a better time or completely closed on time by the Albanians themselves in power now and in the future.
NORMALIZATION of the relations should be done among the Macedonians themselves, while the rights of Albanians should not be addressed?

The PUBLIC diplomacy of ambassadors in Skopje and bureaucrats sitting in the offices of foreign ministries and departments of the respective states, are likely to downturn the confidence in building trust between the two ethnicities in Macedonia.

The spirit for change in Macedonia will start from the actors that will lead the ordinary citizen of Albanians and not to vote for the clientelism promoted by current parties and leaders. Integration and stability can not be achieved in Macedonia by imposing discriminatory policies and the continuation of the Albanian status quo in Macedonia. (@ISSDMacedonia- Analysis Platform) 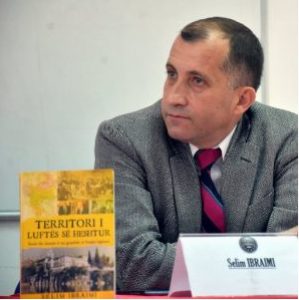