ISSD TOP ANALYSES
Home / PROGRAMMES / Conflict Studies / Allison Carragher: “There’s a strong tendency in the Balkans to focus on the past” 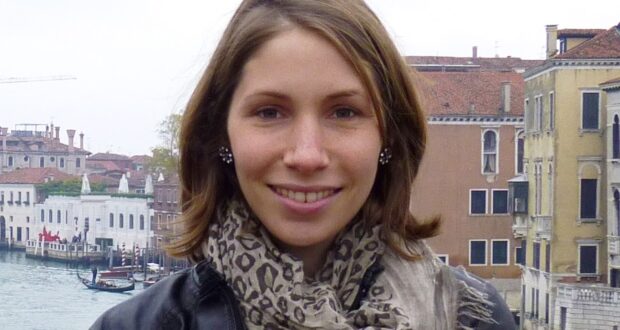 Allison Carragher: “There’s a strong tendency in the Balkans to focus on the past”

The EU, U.S. and others also need to hold accountable those leaders who weaken rule of law and profit from corruption. There has been a tendency for the West to favor stability in the Western Balkans over democracy. The people of the region deserve both.

CSSDMacedonia: Three decades after the collapse of communism in the Balkans, the new states are still not part of the EU. Where do you think the problem lies and why has this transformation lasted so long?

Allison Carragher: There’s a strong tendency in the Balkans to focus on the past. As an outsider to the region, I suggest focusing instead on the future! EU leaders have been clear since the 2003 European Council summit in Thessaloniki that the future of the Western Balkans lies in the European Union. This doesn’t mean it’s been smooth sailing since then. Enlargement fatigue, the European sovereign debt crisis, the migrant crisis, Brexit, and other events have caused EU member states and institutions to waver in their commitment to the Western Balkans. Just last year, Emmanuel Macron led a veto of the opening of EU accession negotiations with Albania and North Macedonia—but only until the accession criteria were rewritten. Despite ebbs and flows in the past, I see a renewed energy and enthusiasm for the accession of the Western Balkans that these countries should take advantage of. Now is the time for Western Balkan governments to truly commit to the process, implement reforms, and be brave enough to make the difficult political decisions necessary to make that EU future a reality. Lastly, don’t lose hope! Slovenia and Croatia have both successfully made the transition to EU membership.

CSSDMacedonia: Economic development has not always been visible due to the high level of corruption, nepotism and organized crime. What more can the US and the EU do in the Balkans to combat these forces?

Allison Carragher: I agree that deeply rooted corruption, nepotism, and organized crime undercut economic development and progress in the Western Balkans. The EU also recognized how these challenges undermine all other reforms and designed new accession criteria in response. Instead of a single rule of law chapter, the new negotiations process focuses on fundamental reforms including rule of law, public administration reform, and functioning democratic institutions. Negotiations on these fundamentals must be opened first and closed last. This makes sense, because good governance will make implementation of all other reforms easier. These new criteria should provide a powerful incentive to those countries wanting to join the EU to get serious about rule of law. However, it isn’t enough to just provide an incentive. The EU, U.S. and others also need to hold accountable those leaders who weaken rule of law and profit from corruption. There has been a tendency for the West to favor stability in the Western Balkans over democracy. The people of the region deserve both.

CSSDMacedonia: Serbia and Kosovo recently signed an economic normalization agreement in Washington. In your opinion, what economic impact will this agreement have if it is realized in practice and where is the strategy of such an agreement?

Allison Carragher: President Trump and his Special Envoy for the Belgrade-Pristina dialogue Richard Grennel believe greater economic cooperation can dilute the political disagreements between Serbia and Kosovo. As a political economist, I agree. Unfortunately, more than half of the items contained in the documents signed by Vučić and Hoti are actually political. Furthermore, they relate to U.S. foreign policy objectives like the designation of Hizballah or recognition of Jerusalem that are irrelevant to the Serbia-Kosovo conflict.

That being said, these documents have already had a positive economic impact. In October, Serbia finally staffed the Merdare Common Crossing Point facility with police and customs officers. This was the last step to operationalize the joint crossing point as negotiated by the EU in 2011. The White House agreements gave the final diplomatic push that was needed to get this commitment over the finish line. I hope to see similar progress on the other re-commitments Vučić and Hoti made including rail and road connections between Belgrade and Pristina and recognition of professional qualifications.  Lastly, the documents are important because they outline a commitment by the United States to support bilateral projects with funding from the U.S. Export-Import Bank (EXIM) and new International Development Finance Corporation (DFC). The U.S. has already placed permanent DFC staff in Belgrade to support this commitment. What remains to be seen is how successful this newly reorganized institution will be in catalyzing private sector investment into the region.

CSSDMacedonia: What should the Western Balkan countries do, i.e. the governments, to prevent economic downturn in the time of the global pandemic and do you see any threats at this time from China from the geo-economic point of view?

Allison Carragher: The Western Balkans are not alone in fearing an economic downturn because of the COVID-19 pandemic. Realistically, we are headed into a global economic crisis. Western Balkan economies are more fragile than others in Europe, and the World Bank estimates a 4,8 percent contraction of economic activity in the region just this year. But the recipe for recovery is universal. Short term, governments need to keep their medical systems functioning, enable any economic activity that can be realized without gravely endangering public health, and enhance social safety nets to support people struggling to make ends meet. Longer term, massive public spending and investment will be critical to boosting GDP recovery. However, it’s essential that this money be spent wisely on productive projects that support sustainable economic development. It’s also important that Western Balkan governments implement structural economic and political reforms alongside recovery efforts. These reforms will ensure the long-term viability of public investments. But where will the Western Balkans get the money for this increased public spending? This is where temptation from China could get the Western Balkans in trouble. Countries around the world are attracted to the idea of “free” Chinese money. In some cases, Chinese investment into roads, bridges, and industry is developmental and boosts growth.  But nothing good is ever free. Many of these projects in the region have negative spillover effects. One example is so-called “debt-trap diplomacy,” where Chinese infrastructure projects are financed through loans that countries can’t actually afford, with contracts that allow the Chinese to take ownership of the infrastructure in the case of missed payments. Many Chinese projects rely on Chinese labor and materials, meaning a missed opportunity for local employment and raw materials sales. Lastly, Chinese business practices and environmental and labor standards don’t measure up to EU benchmarks. This makes these projects counterproductive to a country’s efforts to reach EU-readiness. Luckily, the EU is providing a genuine alternative. Despite early missteps, such as the restriction on export of essential medical equipment, the EU has stepped up to support the economic response and recovery of the Western Balkans. First, it mobilized 3.3 billion euro to directly support the health sector, kick-start the economic recovery, and enable private and public sector investments. This includes a reallocation of unspent pre-accession assistance funds (IPA) as well as preferential loans. While this recovery package targets urgent needs caused by the pandemic, the EU has also proposed a 9 billion euro Economic and Investment Plan for the Western Balkans focused on fostering inclusive economic growth, connectivity, regional economic cooperation, a green transition, and a digital transformation. This is real money and represents a tangible commitment by the EU to the European future of the Western Balkans, but it will again be important to ensure these funds are spent wisely. Interestingly, the EU has not allotted specific amounts to specific countries, meaning that those countries that are more successful in spearheading reforms and pursuing productive investments have a chance to get ahead in the race towards economic convergence and, thus, EU membership.

CSSDMacedonia: What do you think of the Balkan Mini-Schengen and can this union be a sub-union of the EU, the BRICS or like a Trojan Horse of the Euro-Asian-Economic- Union (EEU), because of Serbia’s key economic role in the region and Belgrade’s ties with Moscow and Beijing?

Allison Carragher: The Balkan Mini-Schengen, now called the Common Regional Market, is good economics and can move the region closer to the EU. The fact is that it’s hard for small states to compete in today’s globalized economy. That’s why countries join economic forces, like the EU’s single market or other trade and investment agreements. Individually, the Western Balkan states are tiny. But together, they form a market of 18 million people located on the doorsteps of the EU. By deepening economic integration based on the EU’s four freedoms (free movement of goods, services, capital, and people), the World Bank estimates the Western Balkans could boost regional GDP by 6,7 percent.  The key to this model of economic integration is that it is based on EU rules and standards and focused on the four freedoms. This ensures that the Common Regional Market brings the region closer to the EU and allows for more economic integration with the EU. The Common Regional Market has gained the full support of both the EU and the United States. Regardless of where the idea came from, or which country in the region has the biggest economy, all Western Balkan states stand to significantly benefit. (@CSSDMacedonia)

BIO: Allison Carragher  is on leave from the U.S. Department of State, where she is an economic officer in the Foreign Service. She most recently completed a tour at U.S. Embassy Zagreb, during which Croatia held the rotating presidency of the Council of the European Union. She has also served at the U.S. embassies in Brunei Darussalam and Rwanda. Before joining the State Department, Carragher was the special assistant to president and CEO of the Overseas Private Investment Corporation (OPIC) Elizabeth Littlefield. She also worked for the U.S. Trade Representative and Senator Patrick Leahy. Carragher earned her master’s degree with honors from Johns Hopkins School of Advanced International Studies, where she was a Thomas R. Pickering Graduate Foreign Affairs Fellow. She graduated magna cum laude from the University of Vermont, where she was awarded the Warren R. and Mildred Austin Prize for International Peace and Security for special achievement in international relations  https://carnegieeurope.eu/experts/1939 [/box]
2020-11-06
+Admin
Previous: Shekulli i dytë amerikan tashmë ka filluar!
Next: Allison Carragher: “Ka një tendencë të fortë në Ballkan për t’u përqëndruar në të kaluarën”