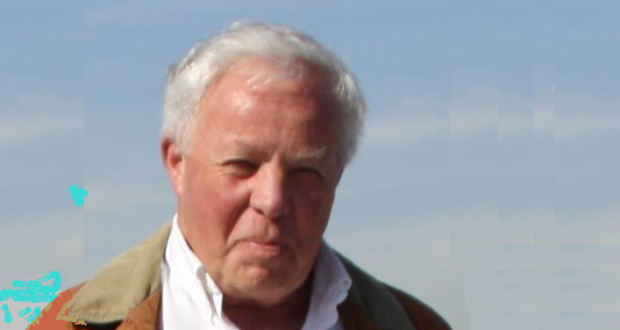 Special opinion for Institute for Security Studies and Development by Bob Churcher- University of Bristol (Medieval History) United Kingdom. Defense Ministry of UK. Former OSCE observer for Macedonia and Albania. Former Director of International Crisis Group (ICG) for Kosovo. Bob Churcher went to work for the Foreign Office as a monitor in the Bosnian war. Bob Churcher, has employed by the UK FCO to work with the Afghan National Security Council. He now is a freelance consultant specializing in security issues, civil-military cooperation, political analysis, institutional development and reconstruction of post-conflict governments. He has written and lectured extensively on the Balkans.
The French and British Foreign Offices have a mantra “no border changes” – a widely shared view since 1945 – when of course we, the victors and now the IC, changed everything.  As we the victors did in 1919 with the creation of Serbia as the controlling capital of Yugoslavia, to reward the Serbs for their steadfastness as our allies in “the Great War” despite the fact that they had in effect knowingly started it.  But nothing lasts forever…
The main practical argument against the idea of a territorial swap seems to be that it may encourage Republica Serbska to try to leave the Bosnian Federation, but the fact that Richard Holbrooke’s peace deal was badly flawed, to get a quick peace and to appease Milosevic and the Serbs should not be allowed to stand in the way of sensible solutions elsewhere.
With that said and out of the way I think its time that people in the southern Balkans recognise reality. Northern Kosova is lost, to the Serbs, and keeping it within Kosova proper is simply keeping a poison pill within the polity.
The practical effect of trying to incorporate that many Serbs is to make Kosova ungovernable, or at least unstable, and at the  mercy of Belgrade. But Trepce is worn out, worked out, and not worth fighting to hold on to, so let it go and move on. Nostalgia for Nis is now long in the past, and frankly Mitrovica is not worth having, only Belgrade will be able to make them pay their bills.
Equally Presevo is no longer of strategic value to Serbia. It was incorporated within Serbia proper since the high ground controlled the route south to Greece, but that is hardly an argument today.
It has no value to Belgrade, except again as a nationalist slogan, so it would be beneficial to both sides to swap the territories, and allow what are regarded by both sides as troublesome minorities, with language and educational demands, to move on.
My own view is that the best way to achieve this would be by a plebiscite in both of the disputed territories, to allow people to choose for themselves, it would be much harder for the IC/the EU to object to the results of a properly run and properly overseen referendum.
The present peace agreements have not developed into lasting stability, and Belgrade continues the conflict by other means, in particular by blocking recognition, so anything that might change this is worth trying.
I think anything that helps to improve stability, and recognition can only be of benefit to Kosovars, and Serbs. The whole “southern Balkans” seems to me to be currently doomed to economic failure, since potential political instabilities both bedevil governance, and more importantly, put off any inward or even internal investment. And as for Bosnia and Macedonia, lets proceed one step at a time!

It is forbidden to use hate speech of whatever nature.
The editorial board reserves the right to edit and not publish materials that violates human rights, freedom of expression, free press- individual, ethnic, gender and social integrity.

The publication of interviews or analyzes is aimed to elaborate issues of social, economic, interethnic, security and political character in the interest of citizens. The prevention of internal and external crisis through neutral, balanced, fair and objective media – news platforms, is one of the priorities of our Security Studies, Peacebuilding, Conflict Management, Rule of Law and Violent Extremism programs.The views of authors and external experts do not always reflect ISSDM’s editorial policy. Please, if you decide to publish one of our analyses, write the source of the article and the name of author.