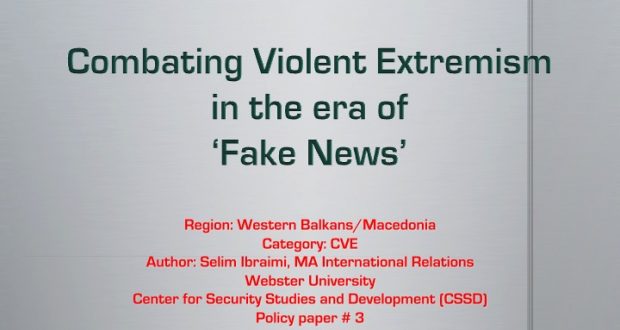 Combating Violent Extremism in the era of “FAKE NEWS”

Macedonia with lack of media freedom and decline in professionalism- journalism standards has created a vacuum for spreading the ‘Fake News’ and with big impact for entire country.

Before the Islamic State (IS) was created, political extremism in Macedonia was developing in hometown areas, national newspapers and in some degree political parties encouraged different groups in public places to speared violence and hate speech.