BY SELIM IBRAIMI-A new era is beginning between the Great Powers in the Balkans. The new initiative of the US ambassador to Berlin Richard Grenell was a step ahead of the failed European diplomacy launched by the EU in 2011, led by high ranking diplomat, Frederica Mogherini, where more than 30 agreements were signed between Pristina and Belgrade, and none were implemented.

For nine years under European supervision, Kosovo was defeated by Serbia on the international stage, blocking it at all international institutions and withdrawing more than 15 recognitions of Kosovo. In parallel, this happened under the Obama’s administration where there were officials in the State Department’s Office for Southeast Europe who knew the Balkans. Two agreements on the Belgrade-Pristina airline connections and railway lines, have almost changed the American perception of the region, but not the direct effects of those agreements.

Are two agreements in the region sufficient for Americans to show diplomatic power and presence vis-à-vis Russia and China? Currently, Washington sees less risk from Russia in the long run than the Chinese influence that is most evident in the economies, infrastructure of the Western Balkans and in the future on corporate G-5 telephony networks.

A rivalry of external actors is likely to exacerbate the plight of regional trade and the loss of fragile ethnic balance. Washington continues to be scattered  from the Middle East to the Balkans. Diplomatic intervention in Serbia and Kosovo, for a new, century agreement, is Washington’s last imperial leap into the phase of reawakening power and focusing on other hot spots of global conflicts. (@ISSDMacedonia)

This series examines the geopolitical foundations of the most influential countries in the Balkans and how these states influence the actions of nations in Southeast Europe and the European Union.
2020-02-01
+Admin
Previous: Kërcimi i fundit i Uashingtonit
Next: Politika e jashtme e qeverisë së Kurtit dhe shqiptarët e Maqedonisë

The road to government, opponents are getting ready to sit at the same table! 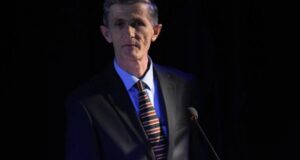