The two major blocks of the Balkans

BY SELIM IBRAIMI -INSTITUTE FOR SECURITY STUDIES AND DEVELOPMENT (ISSD)

SCENARIOS: In the long-term, the Balkans can be divided into two major geopolitical spheres with certain centers of influence.

The first BLOCK possibly will be run by Serbia with its satellite states, while the second BLOCK will be managed in future by Albania and Macedonia after finishing domestic reforms and the interethnic problems will end one day in Macedonia.

The new Balkan structure, which will be supported by the United States as a new wall against China and Russia will require military equipments and personnel that will face new emerging challenges.
A part of soldiers stationed in battalions in Germany and England will be forced to dislocate in Washington’s satellite states in the Balkans due to the inability of states that are not yet part of NATO or their fragmentation possess possible risk for new NATO members.

To prevent new chaos that in some variants has warned in different way the Foreign Minister of Serbia Ivica Dacic, Washington will have to speed the policy started in Macedonia, Kosovo and Albania.
Generally, Americans would have advantage over other powers that are interested in the current vacuum of the Balkans.
In the new world, the European Union needs to adopt new policies for the Western Balkans, as the policy for preventing a disorder in EU borderline states.

To overcome this development, it is possible to start the rapid accession process of these fragile states into EU.

But this is not easy for policymakers, so the only chance is: building new alliances in the Balkans, as opposed to new geopolitical areas that would try to prevent the alliance of pro-Westeren states in the Balkans.
In fact, this would help NATO in times of uncertainty. In other way it will be used as zone by the EU member states and new fragile democracies of the Balkans, against malignant actors.

If the transformation does not happen smoothly, then in the third decade we can see a new view of states with two forms of governance: the first, the power my be concentred in the hand of a powerful cast and the second, the region would lose dynamics and return to mini-states with different epicenter of power.

2018-01-12
+Admin
Previous: RATLIFF: “Selim explores the intricate geopolitical issues of the Balkans against the backdrop of the turmoil taking place within Europe”
Next: Oliver’s murder, the future of talks and implications for Macedonia’s security 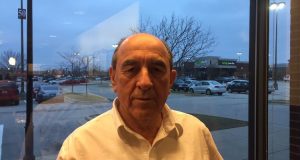