Russian President Vladimir Putin stands in front of the map of Russia and Commonwealth of Independent States between working meetings at his residence Novo-Ogaryovo just outside Moscow, August 11, 2006. REUTERS/ITAR-TASS/PRESIDENTIAL PRESS SERVICE (RUSSIA) - RTR1GAL3

The geopolitics of Russia’s military withdrawal

By Selim Ibraimi – Russia’s geopolitics in international relations is based upon a very clear view of its own national security interest. Intelligence reports from different states have shown that Russia’s military power may achieve for short time important strategic objectives. It is unclear how Russia’s military will act after they will return home. Does President Putin have a second plan on this matter and if he has may the plan face implementation problems because of the internal and external factors?

Constraints of an Empire 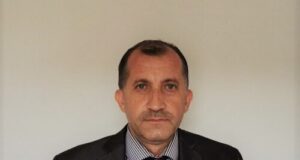