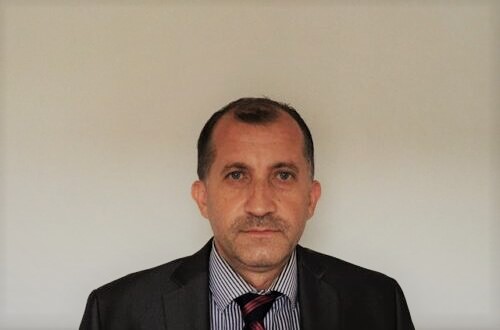 The geopolitics of old boundary’s in the Balkans

BY SELIM IBRAIMI – Daily protests in Belgrade, violence by the Albanian opposition in Albania, debates and preparations for the start of Serbian-Kosovo negotiations. Washington continues to press for a new deal between Kosovo Albanians and Belgrade. Europeans are surprised by the plans of the administration of the Donald Trump to buy F-35 latest technology military aircrafts as a barging strategy against EU countries. The Russian gas pipeline “Nord Stream ” is changing the balance of the forces in the European Union and the Atlanticism started 75 years ago is weakening. Russian Federation accepted Macedonia with the new name Northern Macedonia, while the Western Balkans, after the hopes it calms down, is producing a new crisis of mistrust in the judiciary, growing nepotism, organized crime and high-level of corruption.

Outside, Turkey and Russia exude the pot whenever they see opportunities to influence South East Europe. A scenario that goes beyond the stabilization of the region, a GRU intelligence elements are exploiting the riots in Serbia and Albania. All recent geopolitical events are taking place at the time when the new reorganization of the region is taking shape, one hundred years after dramatic changes in Europe and in international relations. In the heads of nationalist politicians, but perhaps even pragmatic, the idea remains that Bosnia and the northern part of Kosovo are already in the table of partition by Washington, London and Moscow. A scenario that the Serbian government and the entire Serbian political spectrum are weighing is that with the support of Russia, before any international agreement it could annex large parts of Kosovo populated by ethnic Serbs. While ‘Turkish’ support for Tirana, within the framework of Turkey’s expansion in the Balkans, could help Albania to take a similar maneuver to Kosovo if Serbian troops would strongly contest the northern part of Kosovo before the start of negotiations or during the process where it is expected redrawing the borders between Kosovo and Serbia with international support.

However, two decades after NATO air strikes in Yugoslavia and 24 years after signing the Dayton Peace Accords, this course of events is unlikely to be repeated on a large scale. Since more than half of the Albanian-inhabited territories continue to be governed by states created after 1912 and 1945, it would be difficult for both the two largest countries  Serbia and Albania in the region to agree on a new map with large scale changes in the territory.

The guarantees he speaks relates to the country’s NATO accession process, the support of Ali Ahmeti’s Democratic Union for Integration (DUI) and Albanian opposition parties in the opposition with regard to sovereignty and territory of the N.Macedonia. On the other hand, Albanian opposition parties in Macedonia have dissent and opposing views regarding the legal status of ethnic Albanians in N.Macedonia. But in the long run this is not an impossible result if Albanians of Macedonia dissatisfaction will grow even if the idea inspires leaders who would seek additional solutions and the right to self-determination.

By the position of the Great Powers, there is a serious historical reality that is based on Germany’s concerns about the new frontiers of the European Union with the Balkans. In the end the West has to be more concerned that the border changes are the second part of the geopolitics of old boundary’s in the Balkans. (@CSSDMacedonia)

POLICY NOTE: It is forbidden to use hate speech of whatever nature. The editorial board of ISSDMacedonia reserves the right to edit and not publish materials that violates human rights, freedom of expression, free press- individual, ethnic, gender and social integrity. The publication of interviews or analyzes is aimed to elaborate issues of social, economic, interethnic, security and political character in the interest of citizens. The prevention of internal and external crisis through neutral, balanced, fair and objective media – news platforms, is one of the priorities of our Security Studies, Peacebuilding, Conflict Management, Rule of Law and Violent Extremism programs.The views of authors and external experts do not always reflect ISSDMacedonia’s editorial policy. Please, if you decide to publish one of our analyses or interviews, write the source of the article and the name of author.Thank you !
2019-03-24
+Admin
Previous: Një kaos i ri në Ballkani do të ishte një fatkeqësi për vetë europianët
Next: A new chaos in the Balkans would be a disaster for Europeans