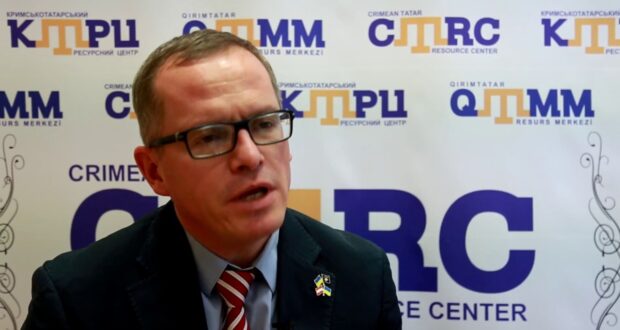 The Euro for Albania and North Macedonia

The Euro for Albania

The Euro for North Macedonia now!

30 years of crisis with Greece, solved in historic Prespa Peace in 2018. Soon, 16 years EU Candidate since December 2005. Now 3 times vetoed by Bulgaria, a NATO Ally in political meltdown feeling empowered to veto EU enlargement. Meet North Macedonia, a country that changed its name, made peace with each neighbor in the last 20 years from Albania, to Kosovo, Serbia to Bulgaria and Greece only to be stuck again in 2021 and told to wait and reform. Reform? Macedonia has a better land Kataster than Greece, is globally among the best in digital construction permits, and has reformed about everything that can be possible reformed but stays stuck in a standstill due to the issue of the founders of a terrorist cell in 1893, fighting together against Ottoman Empire Colonialism were identifying more as Macedonian or Bulgarians. And who can build what monument for them? A vexed, even toxic issue is hard to make sense for anybody who is neither Macedonian nor Bulgarian but has the explosive power to block North Macedonia for decades to come without massive USA and EU nudging. Shall the USA do all the heavy lifting for peace in the Balkans, alone, again? All in the know, know, the USA made the Prespa Peace possible. While Greek and Macedonian leaders beamed in Prespa and shared the fame, the heavy lifting in Athens and Skopje Parliament and politics was done by American power. Even with such massive American support and the EU doing its modest best, the majority in both decisive votes was razor-thin. Would it not be about time that the EU doing more given the fact that the USA has done so much for peace and achieved NATO Membership and now it is about EU Membership blocked by EU Member Bulgaria? At least the EU could allow its future members to use the European currency? Is that too much to ask? Must the USA do again all arm twisting in Skopje and Sofia to focus hearts and minds while the EU is distant, missing in action, waiting for the next Nobel peace prize nomination? Meet the Macedonian Dinar – stable pegged to Euro! The Macedonian Dinar is stable, pegged to the Euro for 2 decades. Bulgaria is now in Euro, Greece obviously is, Kosovo has the Euro as currency, same as Montenegro, just Serbia and Albania has their own currency in the region. Macedonia has an advanced digital payment system and technically is ready for the Euro. At 13 billion GDP Macedonia is not a major risk for the Eurozone. So why not roll out the Euro right now and fast? Meet the North Macedonian Dinar Part of the Prespa Agreement is to change all state symbols to North Macedonia, as there will be new paper currency printed for the North Macedonian Dinar. What a wasted opportunity. Instead of using Prespa to transfer Macedonia into European North Macedonia by adopting the Euro, well now a new currency for an EU candidate country instead of the Euro for North Macedonia? Why not go all-in right now? Have we recently lost the trust in the EU and Euro? How come our EU leaders do not recommend our tools for our partners? An Apple CEO recommending Nokia phones would hardly win the hearts and minds of shareholders. As Ursula von der Leyen has affirmed the EU promise of Membership just an issue of when, well why not front-load the accession and make the Euro reality for Macedonians consumers, investors, for all who buy, sell and pay something in North Macedonia and so to make Europe reality in every daily transition and inspire the people, citizens and consumers and investors that North Macedonia is a good place to stay for people and capital and now and not in a distant future? No 14 Billion GDP economy of North Macedonia is no risk for the Eurozone 13 Trillion $ GDP Eurozone is not at risk by 14 Billion North Macedonia using the Euro. Even if Albania, Bosnia, and Serbia all adopt the Euro it adds 113 Billion GDP to the output of countries using the Euro. That is about the GDP of Slovakia and less than what Germany and Austria spent in 18 months on Corona relief. And the economic adaption of the price and costs system has already happened in the last 20 years of Euro pegged currency and EU accession preparations. Macedonia cradle of peace Macedonian can kick-start a process leading to lasting peace in Balkans by adopting the Euro now. Rolling out the Euro in North Macedonia now in 2022 together with Albania and Bosnia adopting the Euro parallel to EU offering The Euro to Serbia to for recognition of Kosovo is much more credible if all Balkans is in the Euro. So just Serbia will be isolated by the Dinar, alone in Balkans without the Euro as currency. An offer Serbia can not resist or reject for long and so there will be peace in the Southern Balkans, secured inside NATO, united inside the EU, and prosperous by the Euro and who will benefit more from peace and accession than Macedonia? 200 years of Macedonia issue from Vienna Congress to today, a constant Macedonian crisis solved now forever by adopting the Euro and so game-changing the Balkans from constant conflict to peace long term. And the Euro was the dealmaker for France accepting German unification and so why not deploy the Euro as a tool for peace in the Balkans. About time for peace in 2021…

2021-10-21
+Admin
Previous: Selim Ibraimi comes with the newest book “The Influence of Russia in the Western Balkans”
Next: Cilin ‘bajrak’ do ta marrë Bilall Kasami?