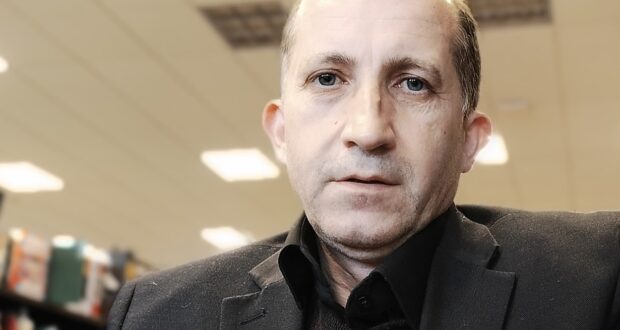 The suspension of pipeline geopolitics and the age of cyberwarfare

Abstract: Energy infrastructure is related to cyber-warfare. Cyber-warfare is an Internet-based conflict involving politically motivated attacks on information network systems. Cyberwarfare attacks can disable official websites and networks, disrupt or disable essential services, steal classified data, and cripple financial systems — among many other possibilities with unexpected consequences for national security. Government agencies spent billions of dollars to protect systems. In the Western Balkan, states are not aware of the threats.

The way of future wars depends on how they will be conducted. The end of cyber-warfare attacks and which state is going to win the war on security is the strategic theme of all leaders and national security experts.
The aim of this paper consists of giving policymakers an idea of the potential threats that may come from Russia toward the states of the Western Balkans after the suspension of pipeline geopolitics in the Balkan Peninsula.
Cyber security has grown to be a preeminent concern for the national security institutions of the US, EU, China, Russia, and other developed nations. In addition, the US Intelligence in the last report of 2016, has raised concerns on security threats against the US and European allies by the Russian Intelligence and Cyber Institutions.
The cyberattack may come from Russia and China, which puts national security at stake and would destroy the energy infrastructure of the EU. In military incursions that Russia is playing around Europe and the Middle East, this type of threat should be taken seriously by opponents of Russia and China.

Sun Tzu in the sixth century BC referred to the fact that the best form of warfare is to take down the enemy without fighting with him. Over time as warfare has evolved, the notion has gained impetus, especially with the genesis of cyberspace and cyber warfare. It was for the first time that Sun Tzu’s notion of “Seizing the enemy without fighting the most skillful”, could be imaged has happened in its entreaty, using this potent weapon, which in contemporary world politics has no limits, no boundaries, and to a surprise, no visible restriction or legislation.
Cyber indicates the topic of cyber-security. It has become an area of great interest in 21 century.
How big is the threat to the United States and to the world community?
Cyber security practitioners and experts have some ideas, but there is a degree of hyperbole surrounding the issue and some heads in the sand as well.
How cyber security issues fit into energy puts some boundaries on the problems faced, but it is important to consider what is meant by “energy security.”
Energy security for the US is the capacity for US consumers, individuals, organizations, corporations, or government agencies—to gain access to the energy supplies they need or want.
Foreign embargos, midstream plant disasters, and military action are all potential threats to energy security for the US and other states of the international system.
Energy production in the US is changing, however, and affecting how the US meets its energy needs.
Moreover, the US needs energy resources from other countries. In the history of international relations, states or governments go to war for resources. Is the age of resources and wars occurring because of a lack of natural resources?
The U.S. government has budgeted $14 billion for cyber security for the fiscal year 2016, so clearly, this threat is being taken seriously at the highest levels of government.

The Balkans: Energy and Cyber security

The conflicts over the break-up of the former Yugoslavia damaged much of the energy infrastructure and compounded the challenge of providing a reliable energy supply in the long term for the states. The Western Balkans composed of Albania, Bosnia and Herzegovina, Croatia, Macedonia Montenegro, Serbia, and Kosovo – is a complex region facing significant energy challenges. Electricity systems in many parts of the region remain fragile and in need of investment. 2
The Western Balkans have the most unstable energy sector. Even though the government claims that this issue is on a good path to being resolved, the reports of unfair competition in the domestic market suggest that in the future country can face a crisis as a result of growing competition on a regional scale of gas pipelines and oil production of World Powers. The distribution of power is based on an old system and is vulnerable to future attacks.
In the coming decade by 2030, the Western Powers should not underestimate the Russian role in the Balkans even though the economy of Russia is in decline. As we mentioned in our previous analyses, Moscow has the ability to attack all major ports and energy infrastructure of the States with excellent ties to the US. In the coming years, the US should watch this type of threat in Europe. Russia besides traditional warfare may use other options to keep Western Balkan States out of the EU and NATO sphere of interest. Modern nations no longer accept war as a relative aspect of international relations. This brings us to the paradox of warfare and global trends of cyber threats.5
The non-state actors also are part of the cyberattacks, which the current world affairs, give a space for a future adventure.

Note: The policy paper is a product of the Center for Security Studies and Development-Macedonia (CSSD)