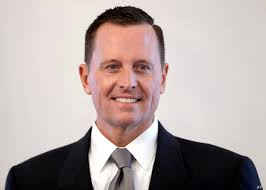 The views expressed by contributors are their own and not the view of The Hill.
https://thehill.com/opinion/international/515125-serbia-kosovo-agreement-results-from-trumps-different-brand-of

Ever since 2017, the U.S. position on the Serbia-Kosovo conflict has been that steps toward economic normalization will dilute the power and importance of the dispute’s hot-button political matters. The parties have agreed to construct a roadway and railway link between their respective capitals, Belgrade and Pristina. They have committed to a joint feasibility study on options for linking the rail infrastructure to a deep-sea port in the Adriatic. Both parties will work with the U.S. International Development Finance Corporation and Export-Import Bank to support these projects and provide financing for small and medium-sized enterprises. All these agreements will enable a more free and efficient flow of people and goods across the border between Serbia and Kosovo.

As for the border itself, Serbia and Kosovo have agreed to open and operationalize the Merdare Common Crossing Point facility, to recognize each other’s diplomas and professional certificates, and to join the “mini-Schengen zone” announced by Serbia, Albania and North Macedonia in October 2019. It soon will be easier than ever for Serbs and Kosovars to live, work, trade and study in each other’s’ neighborhoods, companies and universities.

Perhaps most importantly – for the people on the ground, the parties involved in the negotiations, and for the history and future of the region – is the new agreement to expedite efforts to locate and identify the remains of missing persons from the war that ended only two decades ago. Both parties have pledged to identify and implement long-term, durable solutions for refugees and internally displaced persons, and each has committed to identifying a point of contact to lead these efforts within their respective government ministries, coordinate between the capitals and provide an annual update on the number of cases resolved and pending. The agreement also implements a one-year moratorium on Kosovo’s search for new membership in international organizations, and a one-year moratorium for Serbia’s de-recognition campaign against Kosovo – two of the biggest open wounds in the conflict that are now on the path toward resolution.

Friday’s agreement reflects President Trump’s long-held vision for Kosovo and Serbia to focus on economic development, job creation and industrial development as prerequisites to the permanent resolution of political disputes. His belief from the start has been that trust is built first in the process of creating opportunities and futures for young people, rather than in the settlement of scores, symbolism or the righting of historical wrongs. The U.S. will spend the next year implementing these new agreements, and the people and governments of Kosovo and Serbia have the full trust of the U.S. government to carry them forward.

As a demonstration of good faith from the two parties toward the U.S., Serbia and Kosovo also committed Friday to cooperate with certain key U.S. policy priorities in the region. Both parties pledged to protect and promote freedom of religion, including renewed interfaith communication, protection of religious sites, and continued restitution of Holocaust-era heirless and unclaimed Jewish property. Both agreed to designate Hezbollah in its entirety as a terrorist organization and fully implement measures to restrict Hezbollah’s operations and financial activities in their jurisdictions. Both agreed to work with the U.S. government to decriminalize homosexuality in the 69 countries where it is currently illegal. And, perhaps most importantly of all, Serbia has pledged to move its embassy in Israel from Tel Aviv to Jerusalem, while Kosovo has agreed to mutual recognition with Israel.

Following on the heels of the Aug. 13 peace agreementbetween Israel and the United Arab Emirates, Friday’s agreement between Kosovo and Serbia to take steps toward economic normalization and an eventual peaceful coexistence demonstrates the achievements of President Trump and his administration’s sound engagement throughout the world. When the U.S. government prioritizes diplomacy over force, and understanding over threats, the world stands to benefit.

Richard Grenell is a senior fellow of Carnegie Mellon University’s Institute for Politics and Strategy and the Trump administration’s special envoy for Serbia and Kosovo. He served more than 10 years in the U.S. Department of State, including as U.S. ambassador to Germany, 2018-2020, and as a spokesman at the United Nations, and served briefly as acting director of national intelligence (DNI). He is a senior adviser on LGBT outreach to the Republican National Committee. 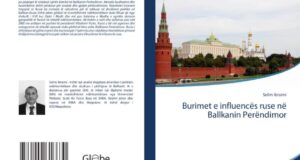