By Blerim Abedini, Institute for Security Studies and Development (ISSD)

Nuclear energy production has not large amount of pollution as those from coal plants which we understand as greenhouse gas emissions. Societies have to share more responsibility on protection of nuclear plants from terroristic attacks and defending mining uranium rude from the hands of illegal armed groups.

In Bulgaria the nuclear plant Kozlodui was stopped due to reconstruction and recommendations of European Union.  The EU has set up nuclear decommissioning programmes to help Bulgaria, Lithuania, and Slovakia to finance the safe decommissioning of old Soviet-type of reactors.

The EU has radiation protection legislation to protect human health, which guaranties high level of protection for the public, workers, and patients. The EU countries have duties to monitor radioactivity in the air, water, soil and foodstuffs.

Benefitions and economic pros of nuclear energy production: Nuclear energy produces small amount of greenhouse gas emissions during the production of electricity than other  traditional sources like coal power plants.  Nuclear power produces very inexpensive electricity. The cost of the uranium is low. Also, setting up nuclear power plants has not high price and, running of them is in low expense.

The normal life of nuclear reactor is from 40-60 years. With the current rate of consumption of uranium, we have enough uranium for another 70-80 years. Numerous nations are putting a lot of time and money into nuclear power. Nuclear plants are not influenced by fluctuating oil and gas costs. In other side, coal and natural gas power plants discharge carbon dioxide into the air, which causes a number of environmental issues, but nuclear power plants influence in carbon emissions are insignificant.

Environmental Impact: One of the biggest issues is environmental impact in relation to uranium. Transporting nuclear fuel-waste to and from plants represents a pollution hazard. By transporting the waste in the landfill could make radioactive emissions and dangerous for life.

Radioactive Waste Disposal: One nuclear power plant creates 20 metric tons of nuclear fuel per year, so each nuclear plant on Earth, creates approximately 2,000 metric tons a year. The greater part of this waste transmits radiation and high temperature and implications for consumption in that area.

Target for Militants: Uranium exists in few of the countries. Nuclear energy has immense power and today is used to make weapons. If these weapons go into the wrong hands, that could have big consequences for the life in the World. Defense departments have obligations to protect those nuclear power plants because of possible targets by terrorist groups.

Nuclear power plants in EU:  Generate almost 30% of the electricity produced in the EU. There are 130 nuclear reactors in operation in 14 EU countries.  Each EU country decides alone whether to include nuclear power in its energy mix or not. It is governed by the 1957 Euratom Treaty, which established the European Atomic Energy Community (Euratom).

The shutting down and decommissioning of a nuclear power plant at the end of its lifecycle is a long and expensive process. The EU has set up nuclear decommissioning programmes to help Bulgaria, Lithuania, and Slovakia to finance the safe decommissioning of old Soviet-type of reactors. The EU has radiation protection legislation to protect human health. This includes the Basic Safety Standards , which guaranties high level of protection for the public, workers, and patients. The EU countries have tasks to monitor radioactivity in the air, water, soil and foodstuffs.

Bulgaria, which joined the European Union in 2007, has closed four 440 megawatt Soviet-era reactors at the Kozloduy nuclear plant for safety reasons as part of its accession treaty with Brussels. Kozloduy currently operates two 1,000 MW reactors. Support for nuclear energy is high in Bulgaria and has enabled talk about a second nuclear power plant at Belene.

The three named by the committee are the Chinese National Nuclear Corporation, CNNC, the Russian Rosatom and the French Framatome reactor business are participating to construct the second Belene Nuclear Power Plant (NPP) which project was stopped.

The project has already cost Bulgaria 600 million euros, after NEC lost an arbitration case with the Russian Atomstroyexport for the production of two nuclear reactors. Bulgaria had not paid for the reactors after construction on the Belene NPP that was stopped in 2012 when the moratorium was imposed.

According to the energy minister, in order for this to happen, Bulgaria will need to keep at least 34 per cent of the stakes in the project, which is evaluated at 20 billion lev (10 billion euros). At the moment, the assets of the two Bulgarian energy companies, the NEC and BEH, are evaluated at three billion lev (1.53 billion euros), which would amount to 15 per cent of the currently estimated costs of the project. This would mean that the state would need to double its investment if this option is chosen by parliament, which would result in increased state borrowing. 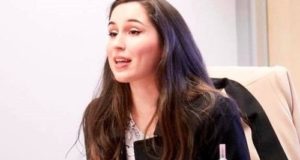 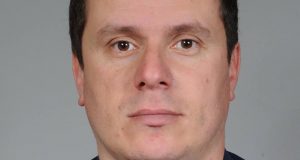