Lack of resources on preventing extremism in Macedonia

The war on extremism is not as easy as thought by senior officials and politicians who sit around the office. For practitioners and researchers of this phenomenon, extremism and radicalization pose a risk now, day by day is threatening not only the ethnic states but also multi-ethnic societies.
This war requires energy, resources and information, but the way of  funding, in order to support projects aimed at preventing extremism and radicalization of the population of all ages should be part of strategy.

In the Balkans as Kosovo and Albania are several projects undertaken by the EU and US , but in Macedonia despite the desire and will of the specialized organizations, little was done in this direction.
Economic and social crisis, perhaps in some degree may radicalize the population on going in foreign wars.
In some cases, domestic extremism happen to be dangerous for the country and to expand in regional scale with unexpected consequences.
The investment on time and the right place without nepotism and proper distribution of resources,  will make society resistant to non-state actors in Macedonia as well as in the Balkans.

For more information on radicalization you can read our reports on extremism, strategy  and combating techniques.

2016-10-09
+Admin
Previous: Elections: dream or nightmare for Macedonia
Next: IS Recruits Criminals To Carry Out Attacks In Europe, Report Finds 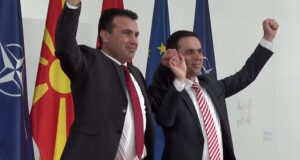 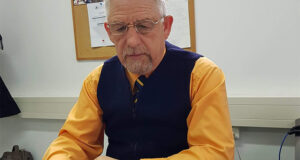