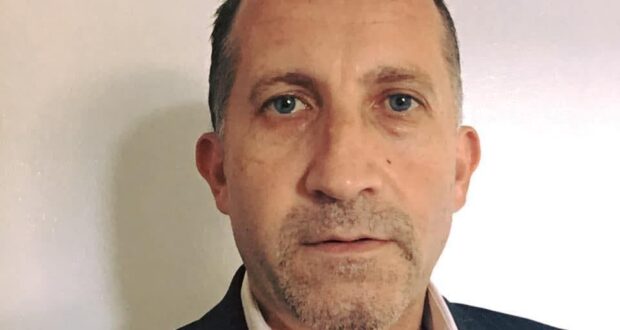 The US and Russia are in the process to divide the areas of interest when a part of Ukraine will remain under Russia, while in the Balkans we may have a different map about two large states, Serbia and, the union of Kosovo with Albania after the year 2030. In this new phase of Europe are no guarantees from Brussels, Washington, or NATO for the Balkan states. Currently, Russia is continuing to look for new friends and enemies!

North Macedonia and Bulgaria went through a bad two-year extending phase. With the French proposal, Skopje and Tirana started the first intergovernmental conferences, with the hope that the chapters of the EU will be open. Albania has the smoothest path of the opening and closing of the chapters recommended by the EU. Depending on the internal political dynamics, the membership will be sided with the Albanian government. However, the most important issue in the region remains in Skopje and Sofia after the first intergovernmental conference. Further steps are the opening and closing process of the Constitution of North Macedonia, which will require 2/3 of the votes of the deputies of the National Assembly. Opponents of the proposal, are making accusations of committing treason, with reason to repeat the Bulgarian decision. Former minister Nikola Dimitrov on Twitter, tweeted about the interpretation of the Protocol, “The creation of the ‘Macedonian language’ in 1944-45 in the former Yugoslavia was an act of secondary codification based in the Bulgarian literary language, that also ‘enriched’ with local forms, simulating a ‘natural’ process…”!  Despite these reactions, the government in Skopje has proven to the public that the Macedonian language and identity have been preserved and have not been affected by the proposal, while Ali Ahmet’s party is carrying out it.

Here, it must be admitted that even Albanian politicians are pro-protection of the Macedonian language and history, on the other side remains the absurdity about the limit of the rights of Albanians. However, the Macedonian language is safe and here the political opposition party in their statements has no right to intervene. By taking into consideration the current situation and, the necessary time for the closure of the Macedonian constitution which means including Bulgarian nationals in the Constitution, on another side is the possibility of early elections in North Macedonia, with intention of ​​creating a stable parliamentary majority to secure 2 /3 of the votes, necessary for constitutional changes. Prime Minister Mr. Kovachevski and his partner in the government, Ahmeti (DUI) are not intending for early elections.  They believe that until the deadline all political forces without exception will embrace the European path. But, the current situation doesn’t give a guarantee that VMRO-DPMNE will change its decision and vote for additional constitutional amendments. One option that remains open for changing the constitution, is if the opposition leader Hristian Mickovski will gain leadership of the new government, by early elections.

Another option that is being discussed is, voting for the constitutional changes by a few members of the opposition (VMRO-DPMNE) in the Assembly, who have already signed a document and notarized it. But in this case, they must leave the function of deputy in the Assembly.

The open road that requires a lot of work

After the conference in Brussels has been held, the statement for officials in Skopje is clear about the next steps until the constitutional changes and how to behave towards Bulgaria. Once the road is open, the issue remains in Skopje, beginning with the rule of law, necessary reforms to open chapters, and adaptation of domestic laws to the EU institutions. Over the past two years, the government has stated that it has done a lot of work in the area of ​​the rule of law, but the current situation shows that North Macedonia has a rotten justice system, leaving little hope that the country will soon close its chapters with the EU. In North Macedonia, political and justice institutions continue to protect individuals implicated in dubious financial processes by abusing official positions.  It must be admitted that the internal situation has worsened and this will be the decisive factor until the country joins the EU. For this reason, radical groups will be influenced from the outside with the aim to destabilize Skopje and the whole region. The results of political, ethnic, and religious processes in the country, will have an influence on the successful or unsuccessful path of Skopje.

From a geopolitical point of view, it seems that this time the EU is closer to the Balkans and further away from Ukraine, as Russia has gained ground, by establishing the conditions of war and peace. Despite the fact that Albania and North Macedonia, one earlier and the other later, will start their chapters with the EU, Russia will continue to influence Northern Kosovo, Serbia, and Serbs in Bosnia by all hybrid tools. Instability in the region will be present as long as the war in Ukraine does not end. Furthermore, the separation of interests is not finally done between Russia and the US in Eastern Europe. As for Russian influence, it will not be the same as before but will rise and fall depending on the political situation, and ethnic and interstate disputes. The extension of historical issues will help Russia and Serbia to manipulate the field of disinformation, cyber-attacks, the activity of the Orthodox Church as needed, and at some stages clandestine activities in the Balkans. Additionally, Russia will continue to look for friends and create new enemies.  In this context, the US and Russia are in the process of dividing the areas of interest, where it seems that a good part of Ukraine will remain under Russia, while in the Balkans we may have a different view of the two large states of Serbia and the union of Kosovo with Albania, by leaving aside all border and ideological obstacles. In this new phase of Europe, there are no guarantees from Brussels, Washington, or NATO that Balkans states in terms of security guarantees, will remain the same.  States with pure ethnic composition are likely to escape the dangers of the decade and continue to be present on the global stage.

States with a mixed ethnic and religious composition will have more issues in order to survive in the new political environment, in addition to recommendations for membership in military alliances. They also have to maintain stable political, religious, cultural, and economic ties with the states that have a common historical past and at the same time the member of the EU or NATO. The endless friendship between Russia and Serbia makes the Western Balkans unstable, by opening room for Moscow’s intervention in the region. As long as this relationship will be active and developed, there will never be peace in the Balkans, due to the Serbian role as a supporter of Russian policies in the Balkans.

In the end, regardless of regional dynamics, Albanian politicians in Tetovo, during the time of the opening of the constitution of North Macedonia, must engage themselves to remove the 20 percent phrase in the constitution and strengthen the legal status. There will be different voices as usual because the majority will suggest prolonging these demands. If these changes will not be made within two years, then the Albanian complaints about the position in the constitution will be useless. The current reactions of Ahmeti’s party-DUI, there is a fear that he and his followers, may refuse these demands, due to mitigation in the Macedonian environment, as a personal group and their usual state interest first. Suppose there will be no joint inter-Albanian actions. In that case, this role of strengthening the Albanians within two years in the constitution should be taken by the Albanian opposition in North Macedonia. It would be useless to join the EU if the two largest ethnic groups continue to live in hostility and are on the verge of local conflicts. The EU where Macedonia wants to be is hopeless?! Since the integration into the EU will be slow, it remains for the government to start working on real reforms for the benefit of all. Otherwise, it will be a state that smells bad from the airport, a smell that you can smell around the offices of the ministers and end up the same in the offices of the leaders of the political parties.  A state that claims that it will change the EU! Will Skopje do this? That remains to be seen until the chapter closes with Russia and Serbia around the region.