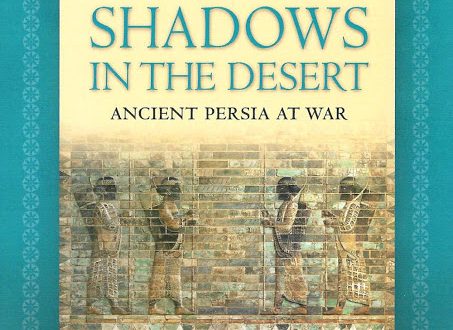 The empires of ancient Persia remain as mysterious today as they were to contemporary Western scholars. Although Alexander the Great’s conquest of Persia is legendary, the military successes of the Achaemenid, Parthian, and Sassanian empires, along with their revolutionary military technology, tactics, and culture have been almost forgotten in the sands of the East.

Containing information never before published in English, Shadows in the Desert offers a comprehensive history of Persia’s wars with East and West which spanned over a millennium, and offers an insight into the exchange of ideas and culture that occurred during these clashes between East and West, not only military technology, but influences in the arts, medicine, religion and science. This beautifully illustrated book delves into the rich heritage of the Persians, which was spread around the world through war and conquest, and which, after the fall of the Sassanians, continued to impact upon civilizations around the world. (Google books)

2016-08-19
+Admin
Previous: US National Security team arrives in Macedonia
Next: Expansion of NATO.Russia and the neutrality of Macedonia