ISSD TOP ANALYSES
Home / COUNTRY PROFILES / Analysis: A compromise is reached with Sofia, but the ball remains in Skopje again! 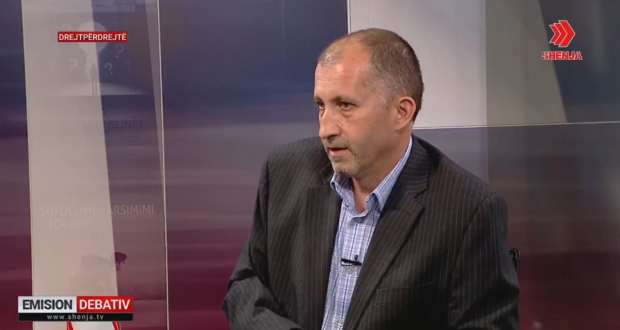 Analysis: A compromise is reached with Sofia, but the ball remains in Skopje again!

BY DR. SELIM IBRAIMI – A solution has been found in Madrid that includes a compromise between the Bulgarian and Macedonian sides which will pave the way for the start of North Macedonia’s talks with the EU after the final acceptance of the proposal by all parties in Skopje. Finding a solution for the Negotiation Framework with the EU has been one of the main obstacles to the acceptance or not of the French proposal by the government in Skopje.

“The Government of the Republic of North Macedonia, through the Ministry of Foreign Affairs, has accepted a proposal from the French Presidency with ideas that refer to our publicly expressed attitudes and positions. This is the basis for opening a broad consultative process, first with the government and coalition partners, and then with the president, the parliament, and the opposition, as well as with the civil sector, experts, and the general public in the country. As we promised, we will make the decision about our future together, according to the merits, in accordance with the strategic interests of the country and all its citizens. We would like to thank President Macron and the French presidency for their efforts to overcome obstacles and maintain European credibility in the Balkans,” says the statement of government in Skopje.

As expected, after the national reconciliation in Bulgaria about the dispute with Skopje, and after the acceptance of the French proposal, the success or failure of the negotiations depended on North Macedonia. The acceptance of the proposal by the government of North Macedonia, if this proposal will not encounter political and public opposition, is expected to open the way for Skopje officials to the first intergovernmental conference.

There are still no details on what the document contains and when Skopje should open the terms. Finally, Skopje officially accepted the French proposal for unblocking the process. The proposal, as Prime Minister Kovacevski himself emphasized, must be debated, accepted, and voted on in the parliament of North Macedonia. From now on, the responsibility falls on Skopje officials when it will start talks with Brussels. The EU finally preserved the integrity of its enlargement policies in the Balkans. And the fate of the Balkans remains in the hands of the Balkan governments. Meanwhile, Prime Minister Edi Rama has called for this proposal to be accepted by the Macedonian and Albanian brothers (30.6.22)