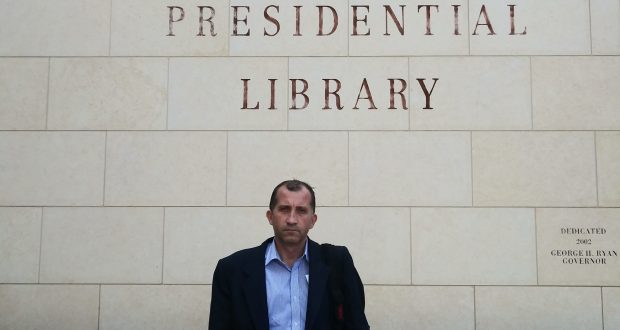 While the European Union (EU) and the US are weighing the options of the possibility of new borders between Kosovo and Serbia, Turkey is becoming more and more powerful and its role is being seen in Syria and the Balkans. President Erdogan is cooperating more closely with Russian President Vladimir Putin and an agreement on the S-400 missile system between the two states has questioned Turkey’s role in the Western Alliance.

After 1953 the geopolitical circumstances in the Balkans and in Asia Minor have made Turkey to became a member of NATO and the Balkan League between Yugoslavia, Turkey and Greece under American supervision was a counterpart alliance to countering Russia-USSR or preventing it Russia to the south of Balkans. Today it is difficult to imagine how easily Turkey and Russia are adapting in the Middle East, in the Balkans and Europe.
Turkey and Russia have united against the growing role of soft EU diplomacy in the Balkans, while Moscow against Western Balkan states wishing to become members of the military alliance-NATO. Putin’s Russia has focused more on the warfare information, which has influenced many processes in the Balkans, ranging from Bosnia, Montenegro Serbia and in Macedonia. Turkey here has a milder role and it’s role has been restored to the old roots of the Ottoman Empire.
Undoubtedly, both countries have the capability to cause problems elsewhere and the whole battle is about to weaken the German role in Europe at the time of President Trump’s administration, which does not have a “grand” strategy for Europe and the Balkans. But the cost of problems in the Balkans is high for the fragile states of the Western Balkans.
The prospect of EU membership for countries such as Albania, Serbia, N. Macedonia, Montenegro, Kosovo and Bosnia is an option that is best weighted this year by the European Commission to maintain fragile peace in the Western Balkans. It is unthinkable that the Balkan states would like to be part of the EU rather than to be Russia’s economic allies against the EU or the US. But this has not always been the relationship and the disposition of the governments and residents of the Western Balkans with Western world.
From 2008 until the ‘end’ of the Russian influence in the Balkans in 2018, the citizens of these countries have had a great sympathy for Russia’s growing role in the region and for a strong Turkey. With Turkey, ties are a bit different and straightforward compared to Russia.
Membership in the EU is an overwhelming engagement that requires not only legal changes but also shifts in society. For the EU, a new chaos in the Balkans would be a disaster for Europeans themselves. The US, however, is making efforts to stay close to the disagreements of the Balkan states and, in some degree have made some interferences with middle and high ranking diplomats to overcome the differences of the Balkan states.
Currently in the Balkans, the United States, the EU, Turkey and Russia have different roles. Delivering  over 1400 US troops this week to Europe is a signal that Americans will continue to stay in Europe, but always leaving vacuum for other states. Thus, were the relations of the Great Powers at the beginning of the 50s of the 20th century in the Balkans when it was decided that Tito’s Yugoslavia would be a country that would balance the Russians with the West. However, in the end states will act on the basis of their national interests.
(ISSDMaqedonia -@CSSDMacedonia)
Part II Geopolitical Monographs by Selim Ibraimi- 2019
This series examines the geopolitical foundations of the most influential countries in the Balkans and how these states influence the actions of nations in Southeast Europe and the European Union.
POLICY NOTE: It is forbidden to use hate speech of whatever nature. The editorial board of ISSDMacedonia reserves the right to edit and not publish materials that violates human rights, freedom of expression, free press- individual, ethnic, gender and social integrity. The publication of interviews or analyzes is aimed to elaborate issues of social, economic, interethnic, security and political character in the interest of citizens. The prevention of internal and external crisis through neutral, balanced, fair and objective media – news platforms, is one of the priorities of our Security Studies, Peacebuilding, Conflict Management, Rule of Law and Violent Extremism programs.The views of authors and external experts do not always reflect ISSDMacedonia’s editorial policy. Please, if you decide to publish one of our analyses or interviews, write the source of the article and the name of author.Thank you!
2019-03-24
+Admin
Previous: The geopolitics of old boundary’s in the Balkans
Next: DILEMMA: REFORMS AND NATO